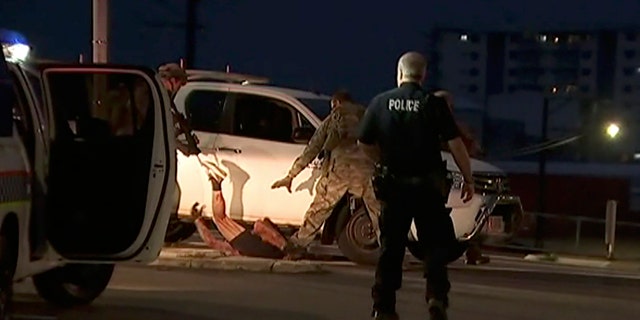 In this image made from video, police proceed to apprehend a suspect on the ground next to a white truck, Tuesday, June 4, 2019, in Darwin Australia.  (Australian Broadcasting Corporation via AP)

(SOURCE)    At least four people are dead and two more are injured after a lone gunman opened fire Tuesday night in a suburb just outside of Darwin, Australia, police said.

Morgan told the agency that the number of victims could grow as police have yet to canvas the entire area. 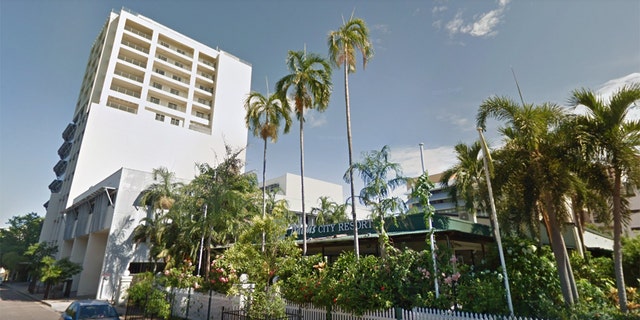 Palms Motel on Darwin’s Esplanade was said to be one of the crime scenes police responded to.  (Google)

“We’re still working through a number of crime scenes so we still don’t know if there are others,” he said.

Police responded to the suburb of Stuart Park Tuesday night at around 7:00 p.m. local time over reports of multiple shots fired, The Sydney Morning Herald reported. The suspect then moved to Woolner where more shots were reported.

The suspect also entered the Palms Hotel in Woolner and opened fire, according to the Australian Broadcasting Corp.

The suspect was described by local media as a 45-year-old Caucasian man who was seen wearing reflective clothing and was driving a white Toyota Hilux UTE.

Police kept parts of the surrounding city on lockdown until the suspect was taken into custody a short time later in Stuart Park. A possible motive for the deadly shooting was not immediately known but police said in a statement that the incident was not “terror-related.”

Australia has some of the strictest gun laws, baning both assault riffles and other semiautomatic rifles and guns after the Port Arthur killings in 1996.