(SOURCE)    Syrian Foreign Minister Walid Moallem says that Damascus will retake control of the Golan Heights from Israel, and that “all options are on the table.”

“Syria will liberate the occupied Golan by all means and all options are on the table, including a military operation,” Moallem says according to Israel’s Kan public broadcaster. 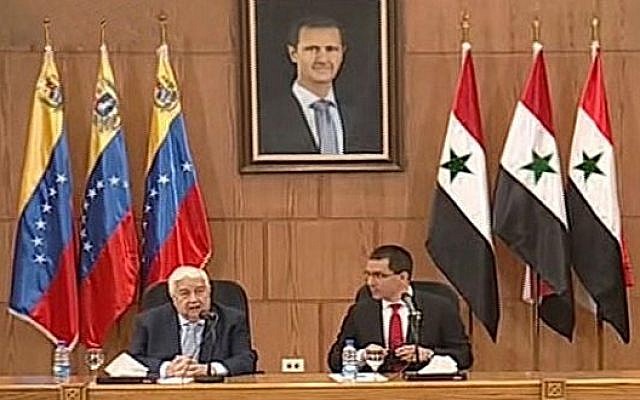 Moallem makes the remarks in response to US President Donald Trump’s decision to recognize Israeli sovereignty over the Golan Heights at a press conference in Damascus alongside visiting Venezuelan Foreign Minister Jorge Arreaza.

“Trump’s decision on occupied Syrian Golan has a single effect as it only enhanced the US isolation,” he adds.

Israel captured the strategic plateau from Syria in the 1967 Six Day War and in 1981 effectively annexed the area in a move never recognized by the international community, which considers the Golan Heights to be occupied Syrian territory.

1 thought on “Syrian FM: ‘All options on the table’ to retake Golan from Israel”