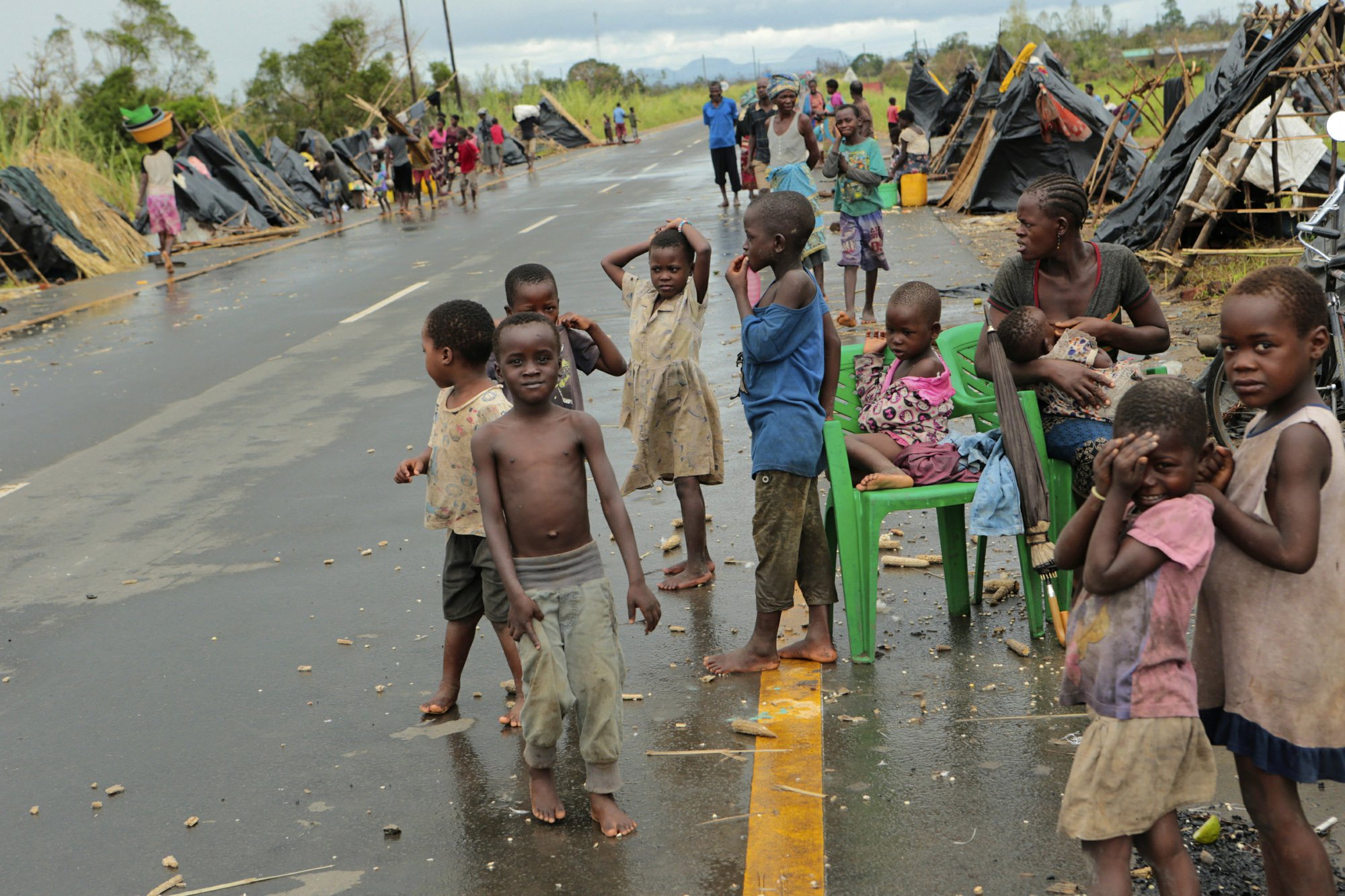 Survivors of Cyclone Idai in a makeshift shelter by the roadside near Nhamatanda about 50 kilometres from Beira, in Mozambique, Friday March, 22, 2019. As flood waters began to recede in parts of Mozambique on Friday, fears rose that the death toll could soar as bodies are revealed. (AP Photo/Tsvangirayi Mukwazhi)

BEIRA, Mozambique (AP) – By CARA ANNA — Her name is Chuva, which in Portuguese means rain. For four days that was all she saw as she clung to her rooftop in the cyclone’s aftermath and prayed to be saved.

Maria Chuva clasped her 5-year-old daughter, Amiel, to her tightly as she recounted the panic of opening her front door to water that came up to her neck, and scrambling with her family to the roof.

Now, after elbowing her way onto a rescue boat for a bewildering journey with her two girls to the inundated port city of Beira, she paused in the din of a displacement camp to reflect on losing everything but her children — and the splintered families now around her. The orphans are especially hard for her to bear.

An estimated 900,000 children have been orphaned or separated from their families, made homeless or otherwise affected by Cyclone Idai, half of the 1.8 million people impacted overall, according to Mozambican government figures.

The children crowd displacement camps, sleeping rough on plastic tarps on bare brick floors, or on the wooden benches of crowded schools.

They slide down wooden bannisters, teeter on rain-slickened tile stairs near open cooking fires on the concrete floor. They play checkers with bottle caps. They squat around a metal pot as big as themselves, scraping its sides with their bare hands for the last remaining kernels of rice. 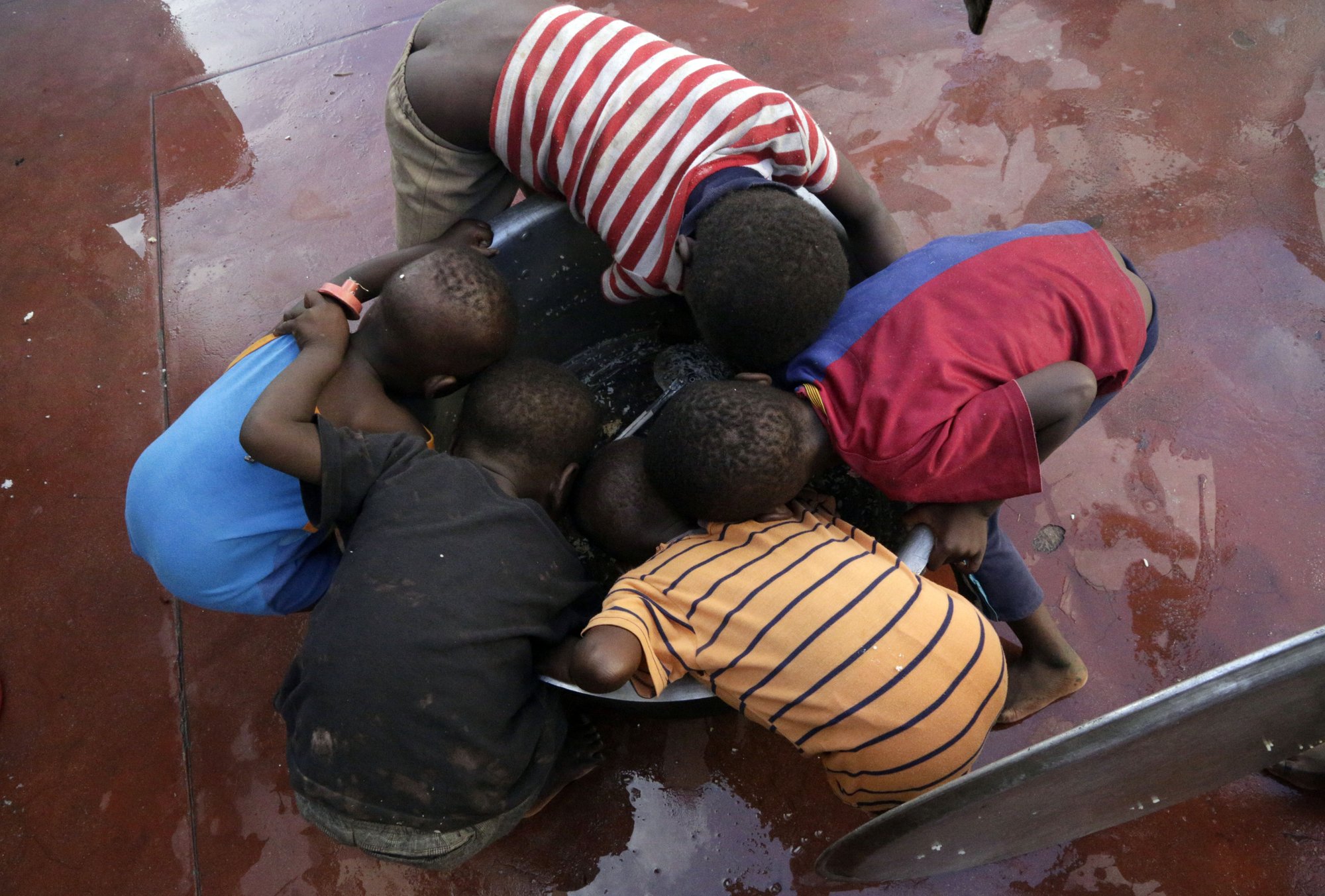 Kids scrape for remaining rice inside a pot at a displacement center in Beira, Mozambique, Friday, March 22, 2019. A week after Cyclone Idai hit coastal Mozambique and swept across the country to Zimbabwe, its death, destruction and flooding continues to grow in southern Africa, making it one of the most destructive natural disasters in the region’s recent history(AP Photo/Themba Hadebe)

No one yet knows how many are orphaned, just as no one knows how many people in the cyclone-hit countries of Mozambique, Zimbabwe and Malawi are dead or missing.

Families were separated in the chaos. Many children lost a mother or father, or both.

“We are concerned about children who were orphaned by the cyclone or became separated from their parents in the chaos that followed,” said Henrietta Fore, executive director of the U.N. organization for children, UNICEF.

Initial assessments in Beira indicate that more than 2,600 classrooms have been destroyed and 39 health centers impacted. At least 11,000 houses have been totally destroyed. “This will have serious consequences on children’s education, access to health services, and mental well-being,” Fore said.

“The situation will get worse before it gets better,” Fore added, warning of diseases like cholera, malaria and diarrhea “which can turn this disaster into a major catastrophe.” 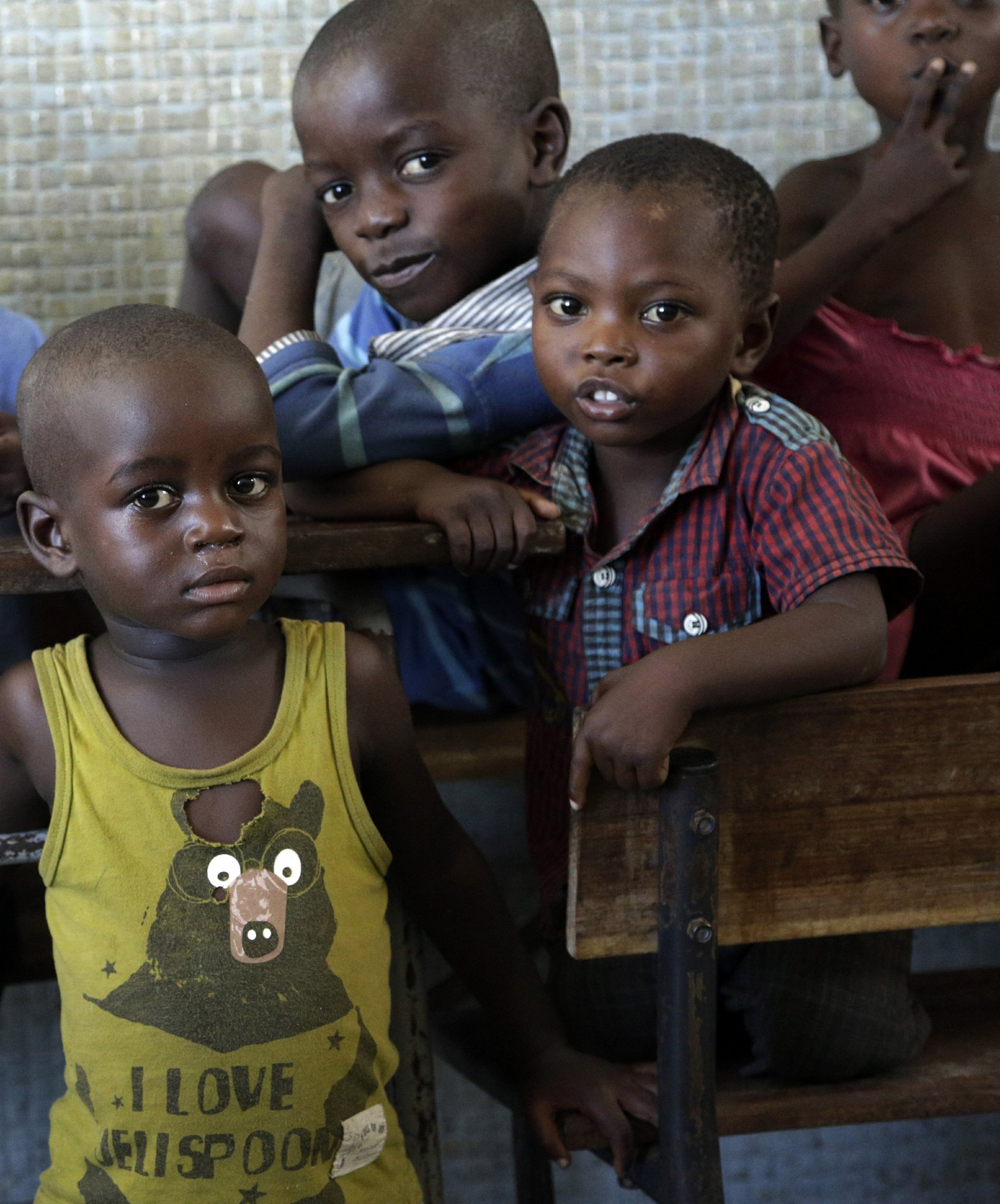 Kids wait at a displacement centre in Beira, Mozambique, Friday, March 22, 2019. A week after Cyclone Idai hit coastal Mozambique and swept across the country to Zimbabwe, its death, destruction and flooding continues to grow in southern Africa, making it one of the most destructive natural disasters in the region’s recent history(AP Photo/Themba Hadebe)

In a bare gymnasium in the Samora Machel secondary school in Beira, at least 12 children are orphans, said Juta Joao Sithole, who represents the nearly 350 people from the town of Buzi who shelter there.

He feels for them keenly. His own two children, ages 9 and 7, are still at home in Buzi after he was plucked from a rooftop after three days without water and food and flown to Beira. With communications completely down, he has no way of reaching them, of knowing how they are.

“When they ask about their parents, I tell them, ‘Please keep quiet,’” he said. He tells them stories and jokes instead.

It is too difficult to talk about death. “Children are children,” he said. “They don’t know anything. I treat them like my own.”

For more than a week after the cyclone, a 7-year-old girl waited with her older sister at the school, injured and bewildered by her mother’s absence. Finally her mother appeared at the school. By then the small girl was so traumatized she couldn’t say her name.

She sat alone on the concrete floor the next morning, crying, snot running down her lip, even though her mother had only stepped away. Sithole hoisted her up by one arm and tried to question her. She balances on one leg and only sniffled, her eyes swollen.

“Her health is not good,” Sithole said, and helped her sit again.

Many other Mozambican children now know hunger and homelessness, and the growing risk of disease.

In the Agostinho Neto primary school in Beira, 270 children displaced by the cyclone now live in classrooms, all of them thought to have at least one guardian. They play beneath the remains of a collapsed roof, its beams now hung with drying clothes.

“It’s sad. It hurts me to see families sleeping 10 people together, separated by desks,” said Saoundina Tempe, a manager there with Mozambique’s disaster management agency. “Newborns, pregnant women. Their lives are in jeopardy because of disease, being together in the same place.”

For some children who survived the storm, a patch of sidewalk in downtown Beira is now home.

Marta Ben is surrounded by them. The 30-year-old mother of five clutched a baby to her hip, barefoot, a cooking pot bubbling nearby.

When the cyclone hit their neighborhood of shacks near the sea and peeled their roofs away, she and other young mothers gathered what children they could and fled.

On Friday she and the children marked a week on the sidewalk. They now beg to get by.

“If people give,” she said simply, “we receive.”