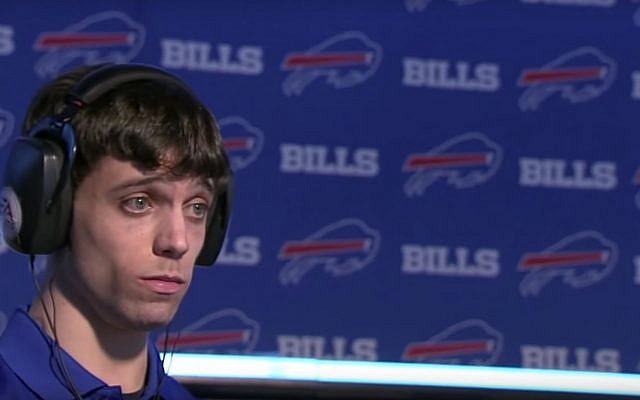 Jacksonville police say 24-year-old shooter is among the three who died at the scene; Katz is reportedly a gamer who competed and lost

JACKSONVILLE, Florida — Two people were killed and 11 others wounded Sunday when a video game tournament competitor went on a shooting rampage before turning the gun on himself in the northern Florida city of Jacksonville, local police said.

Sheriff Mike Williams named the suspect of the shooting at a Madden 19 American football eSports tournament as 24-year-old David Katz from Baltimore, Maryland.

The Forward reported that Katz was Jewish.

“There were three deceased individuals at the scene, one of those being the suspect, who took his own life,” Williams told reporters. 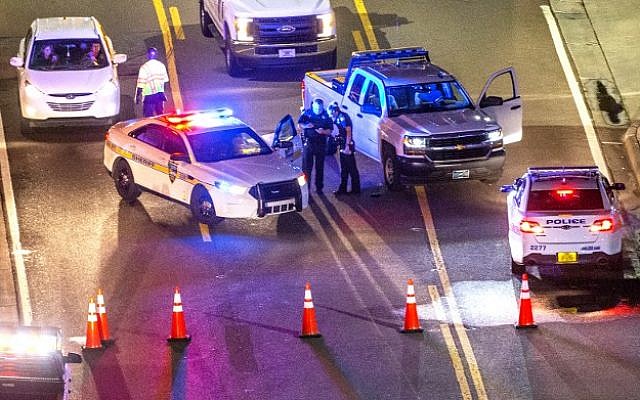 A heavy police presence remained into the night at the shooting outside Jacksonville Landing on August 26, 2018 in Jacksonville, Florida. (Mark Wallheiser/Getty Images/AFP)

He said local fire and rescue transported nine victims — seven of whom had gunshot wounds — to local hospitals, while another two people who were shot took their own transportation to hospital.

Williams said Katz was a competitor in the eSports tournament and used “at least one handgun” to carry out the shooting.

Katz apparently won a similar tournament in 2017. During a livestream of those games, a commentator noted that Katz did not display emotion.

“David Katz keeps to himself. He’s a man of business… He’s not here to make friends.”

An FBI spokesman, Dave Fitz, said agents had gone to the Katz’s father’s house in Baltimore, hours after Sunday’s mass shooting. He did not immediately release any other specifics, citing an ongoing investigation.

The Miami Herald identified the victims as Taylor Robertson, 27, of Ballard, West Virginia and Elijah Clayton, 22, of Woodland Hills, California.

Madden is a hugely popular multi-player video game based on the National Football League, which in a statement said it was “shocked and deeply saddened by the horrific tragedy.”

The tournament at The Landing entertainment and shopping complex — a regional qualifier for finals in Las Vegas with a $25,000 prize — took place at the GLHF Game Bar.

Sheriff Williams said the shooting occurred inside the Chicago Pizza restaurant in the complex around 1:30 p.m. (1730 GMT).

Earlier on Twitter, the Jacksonville Sheriff’s Office had urged people hiding in locked areas of The Landing to stay in place and call 911 to make their location known.

In disturbing footage apparently captured as part of a livestream on video gaming website Twitch, several gunshots could be heard in the background, before the stream disconnected.

Twitch removed the video, but it remained available on social media. Police said they were in possession of footage capturing the incident.

“This is a horrible situation, and our deepest sympathies go out to all involved,” Madden’s creator, EA Sports, said in a statement.

CompLexity Gaming, one of the gaming teams, said its player Drini Gjoka was grazed on the hand.

“We’re obviously shocked and saddened by this afternoon’s events. Our player, Drini, was hit in the thumb but is going to be fine. He managed to escape and run down the street to a nearby gym,” director Jason Lake told AFP. 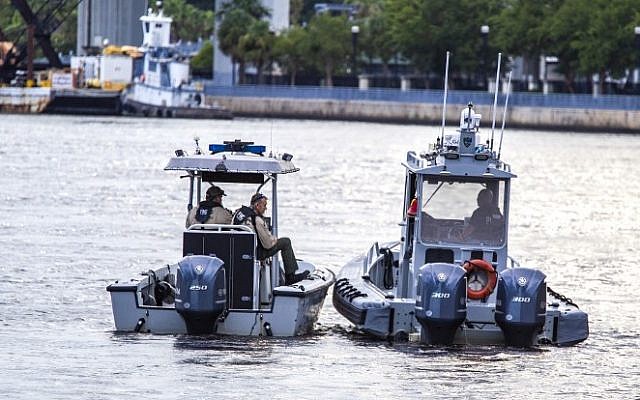 Gjoka tweeted: “I will never take anything for granted ever again. Life can be cut short in a second.”

Another player, “DubDotDUBBY,” said a bullet had grazed his head.

“I feel fine, just a scratch on my head. Traumatized and devastated,” he tweeted.

“Our thoughts are with everyone that had to be part of such a horrendous event,” it said. 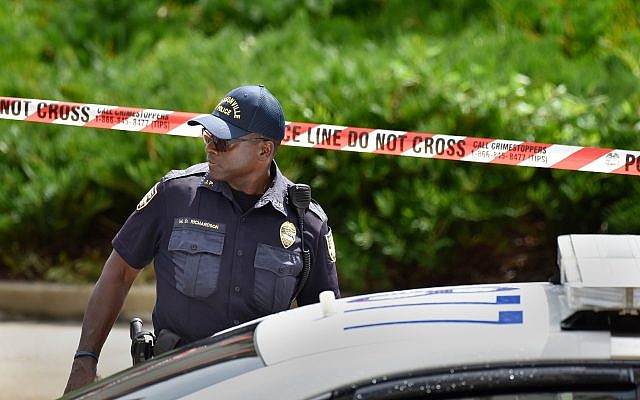 Police investigate the scene of a multiple shooting Sunday, Aug. 26, 2018, at the Jacksonville Landing in Jacksonville, Florida (Will Dickey/The Florida Times-Union via AP)

The professional gamer known as “oLARRY2K,” of Bucks Gaming, was said to have been shot in the chest, according to several social media users, including one describing herself as his mother.

‘We cannot accept this’

Survivors of February’s high school shooting in Parkland, Florida, expressed sorrow at news of another mass shooting in the state. 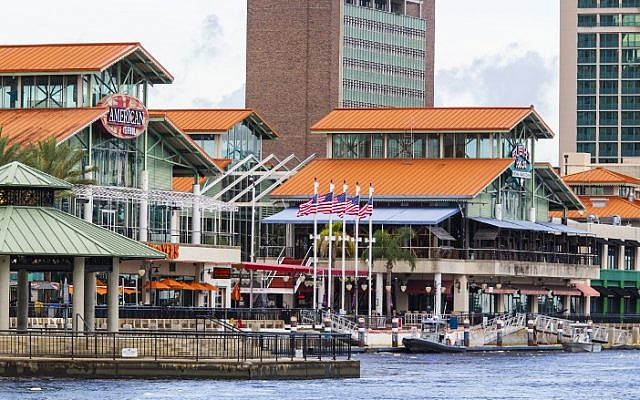 “Once again, my heart hurts and all of me is so angry. We cannot accept this as our reality,” said Delaney Tarr, one of the organizers of the student-led March for Our Lives movement.

Florida has suffered multiple shootings in recent years: 49 were killed in a June 2016 attack on a gay nightclub, while 17 were killed at Marjory Stoneman Douglas High School earlier this year.

Florida Senator Marco Rubio said that the FBI and the Bureau of Alcohol, Tobacco, Firearms and Explosives were investigating Sunday’s shooting.

Florida Governor Rick Scott said he had offered state support in the aftermath, and that President Donald Trump had offered “any federal resources needed.”