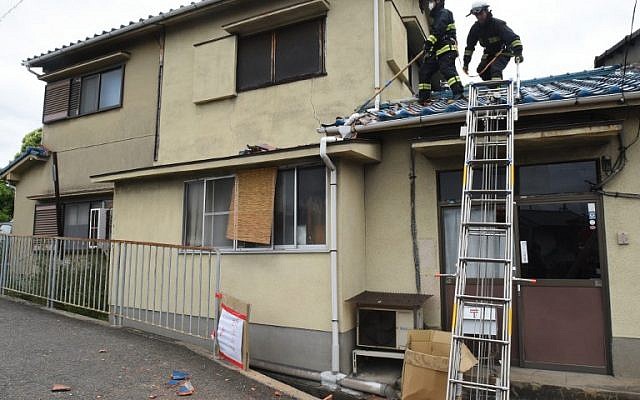 TOKYO, Japan — A 9-year-old girl and two men in their 80s were killed when a strong quake rocked Japan’s second city of Osaka during Monday’s morning rush hour.

There were no immediate reports of major damage and no tsunami warning was issued after the powerful quake, which stranded commuters and left tens of thousands without power.

Local police said the girl had died in the city of Takatsuki, north of Osaka city.

Media reported she had been trapped when a wall collapsed on her at school following the 6.1-magnitude quake.

The Fire and Disaster Management Agency said more than 40 were injured in Osaka and nearby prefectures of Hyogo and Kyoto.

Prime Minister Shinzo Abe told reporters the government was “working united, with its first priority on saving people’s lives.”Abe said he had instructed his staff to “swiftly collect information on damage, make utmost efforts in rescuing and saving lives… (and) provide timely and appropriate information to the public.”

Local officials said they had not received reports of major damage in the highly-urbanized area, where roads and train tracks criss-cross around densely-packed apartment buildings. 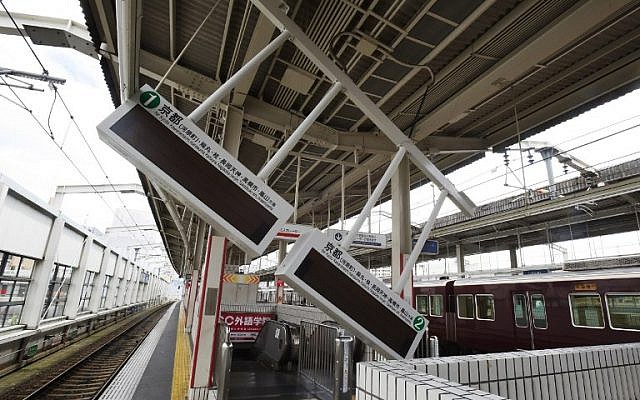 The NHK TV broadcaster showed footage of firefighters tackling a blaze that ripped through a home north of Osaka city after the quake, and several broadcasters showed images of water gushing into the street from underground pipes.

Pictures circulating on social media showed electronic train announcement boards that had collapsed onto the platform at one local station, and broken glass at a ticket counter.

The quake struck at 8:00 am, as platforms would have been heaving with passengers waiting to board their commuter trains to work.

A number of train services were suspended, including the “shinkansen” bullet train.

The Nuclear Regulation Authority said it had detected no problems at any of the region’s atomic power plants.

Kansai Electric said on its website that around 170,000 homes in the Osaka region were without power.

Despite having a relatively low magnitude, the quake caused quite a shake, registering a lower six on the Japanese experiential scale of up to seven, meaning it is hard to stay standing.

“There are fears that the risk of house collapses and landslides has increased in the areas shaken strongly,” said Toshiyuki Matsumori, in charge of monitoring quakes at the agency.

“Please make sure that you are fully on alert about seismic activities and information on rainfall, and stay clear of dangerous places.”

Japan sits on the so-called Pacific “Ring of Fire” where a large proportion of the world’s earthquakes and volcanic eruptions are recorded.

On March 11, 2011, a devastating magnitude 9.0 quake struck under the Pacific Ocean, and a resulting tsunami caused widespread damage and claimed thousands of lives.

It also sent three reactors into meltdown at the Fukushima nuclear plant, causing Japan’s worst postwar disaster and the most serious nuclear accident since Chernobyl in 1986.