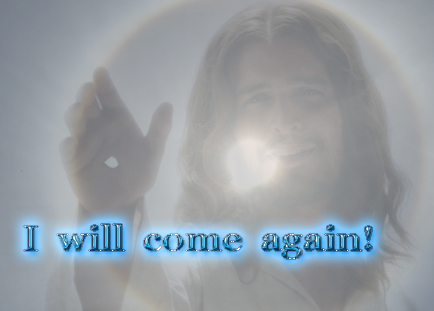 Where do we stand in the timeline of world history and events?  What will happen next?  Are we about to see the fulfillment of bible prophecies unfold right before our very eyes?

At times it seems as though everything in this world is on the verge of collapse, of complete and utter destruction, then at other times things don’t seem quite so bad.  Yet the culmination of these events is coming even closer to a head then we could imagine.

Take for instance the destruction of Damascus, this prophecy seems to be unfolding before our eyes, yet it has not yet been fulfilled, it does seem though that this prophecy (Isaiah 17) could happen at any time.

Mounting pressure in the Middle East against Israel makes one wonder just when the Ezekiel 38 war of Gog and Magog will take place.  The nations surrounding Israel, the ones mentioned in this prophecy who will attack her are all set in place, it could happen at any time!  Not only that but both Russia and Iran have set up camp on the Israeli border, and tensions between these nations and Israel is heating up by the minute.

It is very interesting to me that in Ezekiel 38 is the war of Gog and Magog, chapter 39 speaks about Gog’s armies being destroyed and their burial, then about a triumphant festival after this, however in chapter 40 through the end of Ezekiel he speaks about a new city and a new temple, about measuring the temple, about how to prepare, about how to worship.  This seems to be alluding to the rebuilding of the Temple after the Ezekiel 38 war.  So if the Ezekiel 38 war is close, and the rebuilding of the Temple is close, then the Tribulation period is also close!  This would also mean that the rapture of the church is also close at hand!

It sure would make sense that the Temple not only will but could be rebuilt after this war if the nations surrounding Israel are destroyed, then who would be in opposition to it?  Most of the Islamic nations will be destroyed and they are the ones in opposition to the building of a Jewish Temple.

This is how close we are to the Tribulation period my friends, yet so many people do not see it!  And I am not talking about only the secular world, but also many believers as well.  They just don’t see it, nor do many want to!

How was it during the days of Noah?  People were eating, drinking, working, and marrying before the great flood came, just as they have always done.  Jesus said that the end just before His second coming would be likened to the days of Noah.  People are living out their daily lives just as they always have, and even though evil is increasing they continue to do what they have always done.

Society is falling apart, the world is on the verge of economic collapse, wars rage on, rumors of wars are at the forefront, and the escalation of events is leading to world war.  Natural disasters are ever-increasing, not only in frequency but also in intensity, just as told by Jesus Christ that they would happen.

But the number one marker, the number one sign that we are living in the end times, the last of the last days, is the rebirth of the nation of Israel.  Jesus told us in the parable of the fig tree that the nation who sees this prophecy fulfilled will by no means pass away til all of these things take place.  That prophecy occurred in 1948, seventy years ago my friends!  So how long is a generation these days?  Seventy or eighty years?  And if this is true then we are smack dab at the end of this generation!

“Now learn this parable from the fig tree: When its branch has already become tender and puts forth leaves, you know that summer is near. 33 So you also, when you see all these things, know that it is near—at the doors! 34 Assuredly, I say to you, this generation will by no means pass away till all these things take place. 35 Heaven and earth will pass away, but My words will by no means pass away.“

knowing this first: that scoffers will come in the last days, walking according to their own lusts, 4 and saying, “Where is the promise of His coming? For since the fathers fell asleep, all things continue as they were from the beginning of creation.”

This falls in line directly with what Jesus spoke about regarding the days of Noah, people continued on with their lives, ignoring the warnings from Noah, regarding him as a crazy old man!

Even if we cannot see what is coming, even if we do not believe that these events will take place in our life time, the bible tells us different!  We know, we have been warned, our King is coming quickly!

11 thoughts on “Time is Short! Our King is coming!”