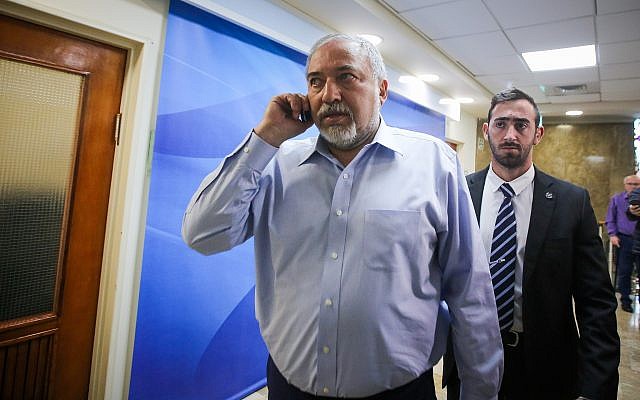 Defense minister remains coy on airstrike attributed to Israel’s military, but reiterates the country’s ‘red line’ against Iranian entrenchment in the region

(SOURCE)   Defense Minister Avigdor Liberman on Tuesday said Israel would not accept an Iranian “chokehold” in Syria and appeared to call on Russia to prevent the Islamic Republic from further digging itself into the region, following an alleged Israeli airstrike on a Syrian airbase the day before.

Liberman maintained Israel’s official stance of ambiguity about the strike, saying, “I don’t know what happened or who attacked T-4” — the name of the Syrian base that was hit in the predawn barrage on Monday.

The defense minister made his comments during a tour of the northern town of Katzrin, not far from the border with Syria. 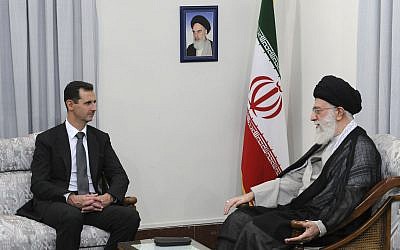 Israeli officials have repeatedly warned against Iran’s destablizing activities in Syria and defined its continued presence there as a “red line,” which Jerusalem is prepared to act against militarily.

Israel’s concern is that Iran and its proxy Hezbollah, the Lebanon-based terror group, will use Syria’s border to threaten Israel and stage attacks against Israeli civilians and troops.

Though he did not address the country by name, Liberman seemed to reach out to Russia to ask for assistance in limiting Iran’s activities in Syria.

“There are those who are able to prevent [Iranian entrenchment] without the use of military force, and I hope that those figures take action [and] do the correct thing in their power to prevent Iran’s entrenchment without unnecessary clashes,” Liberman said.

Russia, the main powerbroker in the region, is allied with dictator Bashar Assad, Iran and Hezbollah in the Syrian civil war.

As Assad, backed by Moscow and Tehran, clears out the last of the rebel-held areas of Syria — allegedly using chemical weapons against civilians to do so — Israel fears that this will leave Iran open to set up positions along the border of the Golan Heights. 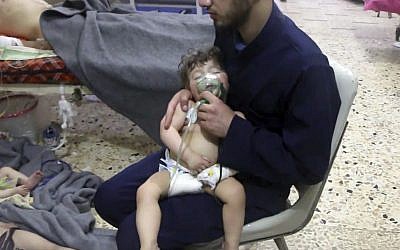 This image made from video released by the Syrian Civil Defense White Helmets, which has been authenticated based on its contents and other AP reporting, shows medical workers treating toddlers following an alleged poison gas attack in the opposition-held town of Douma, in eastern Ghouta, near Damascus, Syria, April. 8, 2018. (Syrian Civil Defense White Helmets via AP)

“We are seeing more and more attempts by Iran to entrench itself in Syria. They are not planning to open cultural centers or a museum,” he said.

The United States, whose soldiers occupy key regions in Syria, has begun discussing pulling those troops out of the country, potentially leaving Israel without a key ally in the region.

Liberman said the United States “has its own interests and policies, and we will respect any decision that comes out of the White House.”

Earlier on Tuesday, a top adviser to Iran’s Supreme Leader Ayatollah Ali Khamenei threatened Israel over the deadly airstrike in Syria attributed to the Israeli military.

“The crimes will not remain unanswered,” Ali Akbar Velayati said during a visit to Syria, according to the official Islamic Republic News Agency.

Earlier in the day, Iranian media reported that seven members of the country’s military were killed in the strike, out of at least 14 reported fatalities.

One was named as a colonel in the air force of the Islamic Revolutionary Guard Corps.

The target of the reported airstrike was the Tiyas air base — also known as the T-4 air base — outside Palmyra in central Syria. 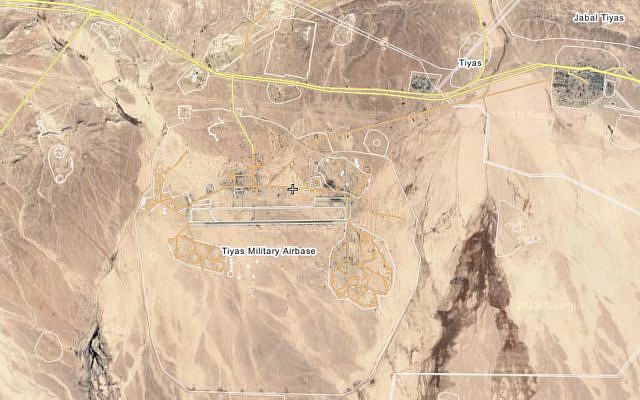 The Tiyas, or T-4, Air Base, outside of the Syrian city of Palmyra, which Israel claims is being operated by Iran and its Quds Force. (Screen capture/Wikimapia)

Israel has previously carried out at least one explicitly acknowledged attack on the base, which it said was home to an Iranian drone program.

Israel has refused to comment on the attack, for which it has also been blamed by Russia and Syria. NBC News quoted two US officials as saying that Israel carried out the strike, adding that Washington was informed in advance.

Prime Minister Benjamin Netanyahu said Monday that Israel will hit anyone who intends to harm the country.

“We have one clear and simple rule and we seek to express it constantly: if someone tries to attack you – rise up and attack him. We will not allow, here on the Gaza border, them to hurt us. We will hurt them,” he said in a speech in the Gaza border town of Sderot. “Security in the present is a necessary condition for security in the future and what we have here today is a powerful expression for our future security,” Netanyahu said, apparently referring to the dual threats Israel faces in the north and in the south.

2 thoughts on “Liberman: We cannot allow an Iranian ‘chokehold’ in Syria”