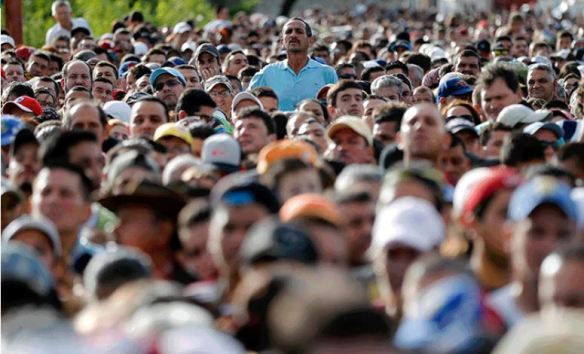 (SOURCE)    Mounting hunger, a crippled health care system and an increasingly oppressive government is fueling an exodus from Venezuela.

Venezuelan officials have denied there is a brewing refugee crisis and refuse to release any statistics on how many people are leaving. But independent estimates suggest between 3 to 4 million people have already fled.

Nearly half of those are believed to have departed in the last three years alone in a growing human tide showing no signs of ceasing.

The exodus is believed to be the largest outflow of citizens from any Latin American country since officials first began keeping records.

Their flight is dividing families, changing the communities they settle in and ultimately, could impact the future of Venezuela itself.

6 thoughts on “The Venezuela Exodus”