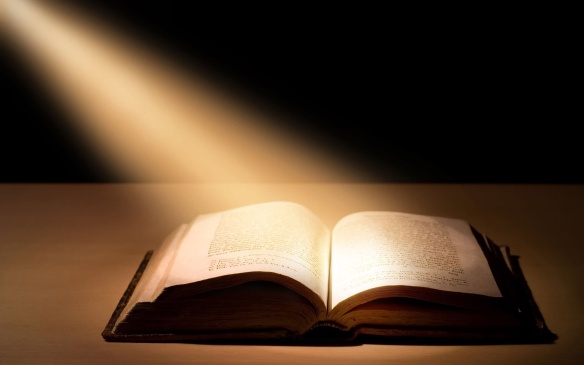 Believers should read and study scripture in order to know who God is, to know His ways, to know what is right and what is wrong.  If we discard portions of the bible because we don’t like it or we don’t agree with it then we are changing who God really is, what He stands for and what He is against!

It’s not always easy to hear some of the things that God has to tell us, and at times we may wish that it were different.  We must come face to face with the truth in order for it to truly set us free, if not then we are deceived, we are deceiving ourselves!

I know of people who say that they are Christians, yet they don’t often read and study the bible, many of them choose to ignore parts of the bible, disregarding parts of it because they don’t agree with it.  Some even give scripture a new meaning by erroneously interpreting the bible to say what they want it to say rather than interpreting it for what it really says!

If we change God’s word then we are not seeing God for who He really is, we are creating for ourselves our own personal god.  If we create our own god, then who is it that we are actually serving?!

We cannot change God, God changes us!  We cannot make God out to be someone that He is not, neither can we make a person someone else just by saying that it is so.

If we say that there is more than one way to heaven this does not make it so, for Jesus Christ said that He is the only way!  If we say that all people will eventually get to heaven some way, some how, then we are falsely interpreting scripture, we are changing God and His ways, we are attempting to change God which we cannot do, what we are actually doing is creating our own god!

Do we desire to follow God?  Do we really love God?  If we do then we will accept God for who He is, we will accept all of His ways.  Even though we may not like all of what scripture says, it is what it is, God’s holy word.

The world changes, society changes, people change, but God never changes.  It isn’t God who needs to change, it’s us!  If we do not see eye to eye with the word of God then we must not change scripture to meet our needs and desires, we must change our own mind and heart towards what God says is the truth.

If we change God’s word then we are living a lie and we are not following the truth.  Deception comes in many sizes, shapes, and forms, but the one most often overlooked is deception within ourselves!

There is a battle in this world, a battle of the minds, Satan will attempt to change our minds and our hearts regarding God and His word in order to undermine the will of God.  Satan is an imposter, a counterfeit of God, God changes us in the image of His Son Jesus Christ, but Satan attempts to change us in the image of his son the Antichrist!

If a person attempts to change God by his or her actions, deeds, or beliefs, then he or she will not change God but merely be changing themselves into more like Satan’s son and not God’s!  It is pride and arrogance which makes people rebel against God, which makes them believe that they know better than God does!  I believe the first sin ever committed was by Lucifer when his pride led him to believe that he could do things better than his Creator could.  He did not agree with what God told him and decided to change things, and we all know how that went!

If you change the meaning of God’s word and change it into something that it is not, then you are both adding to and taking away from it.  And some will argue that this only pertains to the book of Revelation, but I wholeheartedly disagree!  All of scripture is holy, it is all God breathed, and none of it must be tampered with!  The entire bible is a book of prophecy, the prophetic words of God Himself.

Listen to God, listen to His word, interpret scripture through the Holy Spirit, do not attempt to change God by erroneously changing scripture, but allow God to change and transform you into the image of His Son, Jesus Christ!