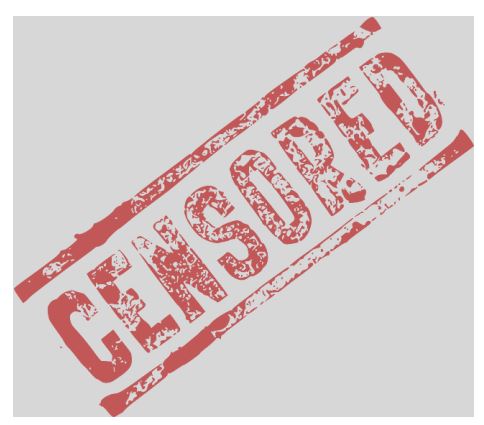 In recent weeks, we have witnessed an unprecedented social media crackdown on conservative voices.  YouTube’s war with Alex Jones has gotten the most attention, but literally hundreds of conservative content creators have had their accounts penalized, suspended or deleted by YouTube, Facebook, Twitter and other social media giants.  There appears to be a coordinated effort to target conservative viewpoints, because similar voices on the left are not receiving equal treatment.  If I win my race for Congress on May 15th, I am going to make fighting this sort of censorship one of my top priorities once I get to Washington.

How would you feel if you spent years creating videos and building up a subscriber base only to have all of that work wiped out in a single moment by a leftist YouTube moderator?

Sadly, that is precisely what is happening to dozens upon dozens of conservatives right now…

Specifically, she explained, “Questions over YouTube’s moderators and the power they hold were raised this week after notable conservative pundits, gun advocates, conspiracy channels and other right-wing voices received community strikes or were locked out of their channels. Creators who are affected by lockouts, strikes and suspensions are referring to it as the ‘YouTube Purge,’ claiming that YouTube is purging all right-wing or pro-gun content. The move follows the company’s attempt to clamp down on dangerous content following the Parkland shooting.”

One of the most disturbing examples of censorship was what happened to the Health Ranger channel.  Mike Adams is a personal friend, and I am extremely upset about what YouTube has done to him…