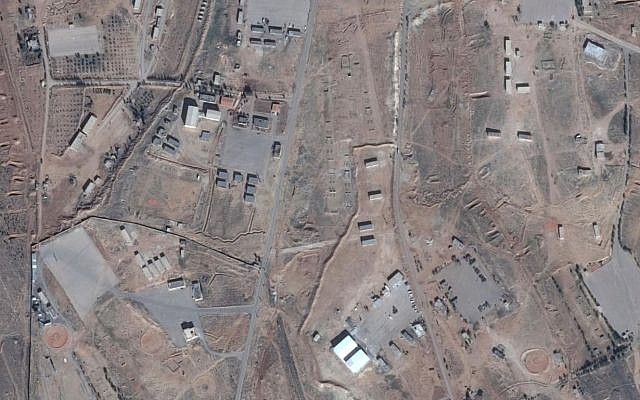 A picture of the alleged Iranian base in Syria. The white hangars can be seen at the bottom center. (Google Maps)

(SOURCE)   Satellite images of an area near Damascus appear to show an Iranian military base which could house missiles capable of hitting Israel, according to a report early Wednesday.

A picture of the reported base, in an area known as Jabal al-Sharqi some eight kilometers (5 miles) northwest of the Syrian capital, shows two recently constructed buildings which are similar to those seen at another base in Syria thought to have been used as a base for Iranian Revolutionary Guards Corps troops, according to Fox News, citing information from Israel-based geospatial analysis outfit ImageSat.

“Don’t take every report in the media, even from a respected outlet like Fox, as an absolute thing,” the defense minister said.

“We have the full picture of what’s going,” he added.

The buildings were identified in the report as possible hangars housing short- and medium-range missiles. 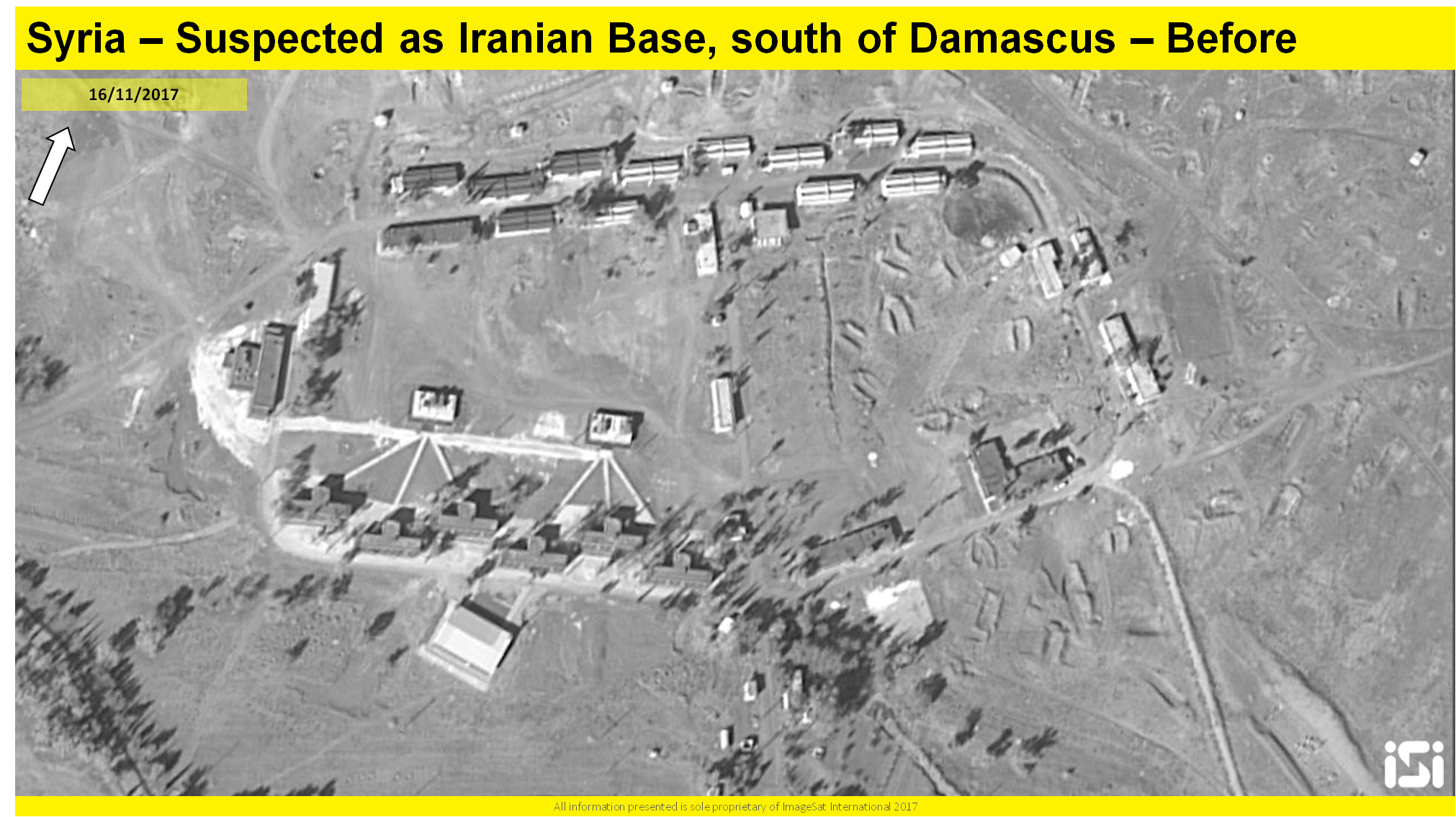 A satellite image showing the results of an alleged Israeli airstrike on a reported Iranian base being set up outside Damascus, from November 16, 2017. (ImageSat International ISI)

Their shape and size, 30 meters by 20 meters, is identical to a building at a site also identified as an Iranian base, reportedly targeted by an Israeli strike in December.

However, an ImageSat report on that site, at al-Kiswah some 13 kilometers (8 miles) south of the Syrian capital of Damascus, identified that building in November, before it was struck, not as a missile silo but rather as a probable mosque or dining room.

A BBC report on the same base also indicated analysts did not believe it was designed for storing missiles or other large arms, but rather for housing soldiers and vehicles.

On Wednesday, though, ImageSat revised its understanding of the al-Kiswah building targeted in December, identifying it too as a possible missile silo. No reason was provided for the altered assessment.

An earthen berm is also visible around the Jabal al-Sharqi site, indicating a likely military use.

Israel has been warning for years that Iran is seeking to entrench itself militarily in Syria, including establishing missile bases. According to Israeli political and military assessments, Tehran, which has shored up Syrian President Bashar Assad in the Syrian civil war, has been working to create air and naval bases in Syria, from which it can arm the Lebanon-based terror organization Hezbollah and other Shiite groups, as well as carry out attacks of its own against the Jewish state. 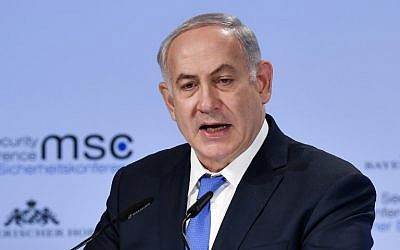 Prime Minister Benjamin Netanyahu warned on February 18 that Israel could strike the Islamic Republic directly and cautioned Tehran not to “test Israel’s resolve.”

“Israel will not allow Iran’s regime to put a noose of terror around our neck,” he added. “We will act without hesitation to defend ourselves. And we will act if necessary not just against Iran’s proxies that are attacking us, but against Iran itself.”

A report earlier this month alleged that Iran is operating 10 military bases in Syria and is training militias loyal to Assad’s regime for a possible battle with Israel, with two key facilities located near the Golan Heights border.

On Tuesday, the head of US Central Command Joseph Votel warned Iran was increasing the quality and quantity of missiles it was supplying to groups in Syria and Lebanon.

“Iran is generating instability across the region, and the Iranian Threat Network continues to increase in strength, enhancing its capacity to threaten US and partner nation interests,” he said. 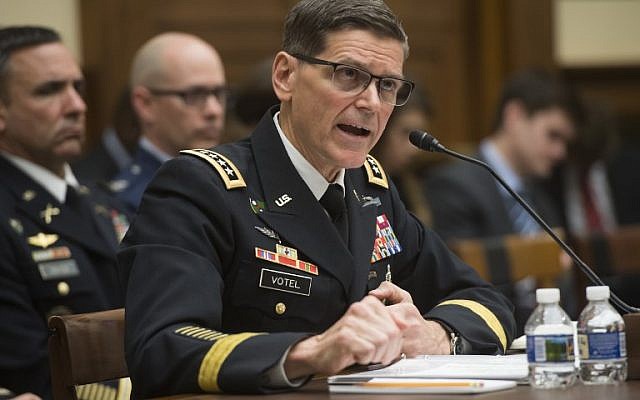 Returning from a trip to Israel Tuesday, South Carolina Senator Lindsey Graham told reporters that Iran was “testing” US President Donald Trump in Syria and in Lebanon, where Israeli officials fear Iran is helping the terror group Hezbollah build precision-guided rockets for us against the Jewish State.

Graham also predicted there would soon be war in southern Lebanon, over the missiles.

“They’ve told us in no uncertain terms that if this threat continues — they keep making rockets that can hit the airport and do a lot of damage to the state of Israel — they are going to have to go in,” Graham said.