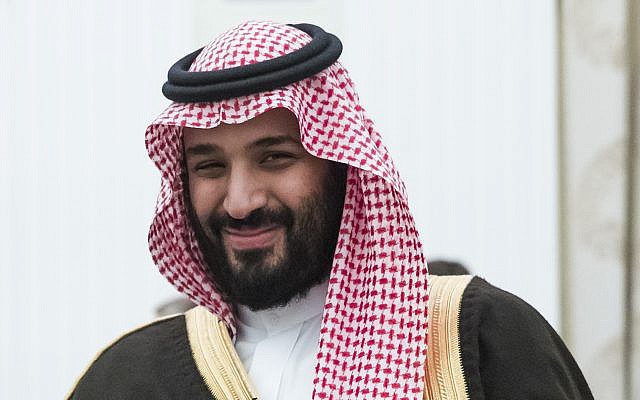 Tehran’s supply of ballistic missiles to Yemen’s Houthi rebels ‘could be considered an act of war,’ Mohammed bin Salman says

“The involvement of Iran in supplying missiles to the Houthis is a direct military aggression by the Iranian regime,” the Saudi Press Agency quoted the crown prince as saying during a telephone conversation with British Foreign Secretary Boris Johnson.

This “could be considered as an act of war,” Prince Mohammed said.

Saudi forces on Saturday intercepted and destroyed a ballistic missile near Riyadh international airport, reportedly fired from Yemen by the Houthi rebels.

It was the first reported Houthi missile launch to reach Riyadh and threaten air traffic, underscoring the growing threat posed by the conflict on Saudi Arabia’s southern border.

The regional rivals traded accusations on Monday with Saudi Arabia saying the missile attack might amount to an act of war and Tehran accusing Riyadh of war crimes in Yemen.

Saudi Arabia has led a military intervention in Yemen since 2015 in support of its internationally recognized government during which more than 8,650 people have been killed.

Tensions have been rising between Sunni-ruled Saudi Arabia and predominantly Shiite Iran, which back opposing sides in wars and power struggles from Yemen to Syria.

On Monday, the Saudi-led military coalition in Yemen said it reserved the “right to respond” to the missile attack on Riyadh, calling it a “blatant military aggression by the Iranian regime which may amount to an act of war.”