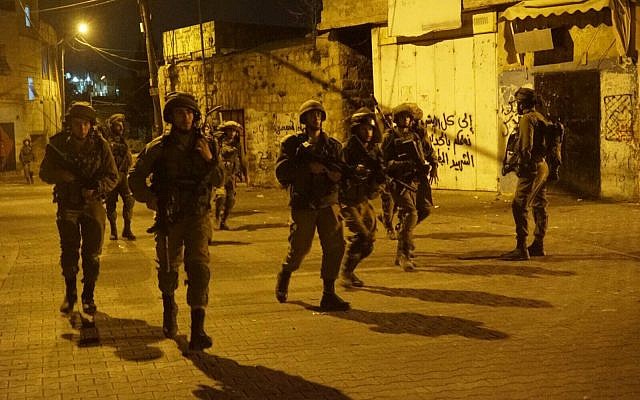 (SOURCE)     The IDF on Wednesday and Thursday confiscated dozens of cars and issued orders to halt illegal construction in the Palestinian villages of Bayt Surik and Bidu, the army said.

The pinpoint crackdown on the residents of these villages came in response to a terror attack committed at the nearby Har Adar settlement earlier this week by a resident of Bayt Surik.

On Tuesday, Jamal arrived at the rear entrance of Har Adar as security officers were opening the gates to Palestinian laborers. He took a pistol out of his shirt and opened fire, hitting four of them. 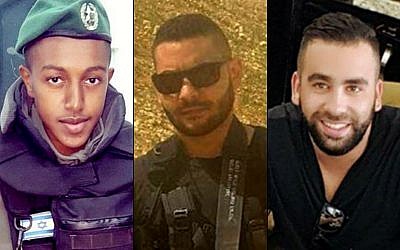 From left to right: Solomon Gavriyah, Youssef Ottman and Or Arish, three Israelis killed in a terror attack outside the settlement of Har Adar on September 26, 2017 (Courtesy)

One border police officer, Solomon Gavriyah, 20, and two private security guards — Youssef Ottman, 25, of the nearby Arab Israeli community of Abu Ghosh, and Or Arish, 25, of Har Adar — were killed in the attack. The settlement’s security coordinator was also shot and injured.

During the raids in the central West Bank villages, two handguns were found, the army said.

A resident of Bayt Surik was also arrested overnight for unspecified crimes, the army said. 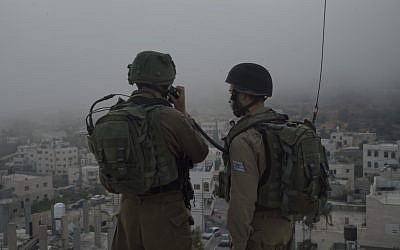 According to the IDF, more than 50 unregistered cars were confiscated during raids in Bidu and Bayt Surik on Wednesday night and early Thursday morning.

Due to high taxes imposed by the Palestinian Authority on automobiles, many Palestinians drive this type of cheap, illegal car, known in Arabic as a mashtoub, which can be loosely translated as a “junker.”

While the cars are generally used for legitimate purposes, the fact that they are unregistered — and sometimes have Israeli license plates — makes them ideal for criminal activity within the West Bank, including terrorism.

In May, an IDF colonel told the Washington Post that 90 percent of the car-ramming attacks that took place during the previous 18 months were carried out with a mashtoub. 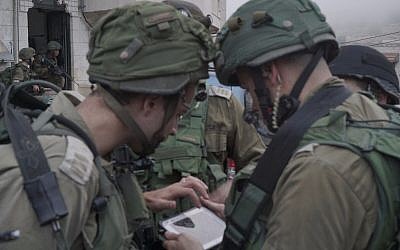 Their use in criminal activity makes them a target for enforcement by both Israeli and PA security forces.

Yet the IDF has generally refrained from cracking down on the problem, except for in the hometowns of terrorists.

However, this has been in a far more limited scope until now. For instance, on July 29, the IDF seized seven cars from Beit Fajjar a day after a resident tried to stab soldiers at the Gush Etzion Junction.

And in April, over the course of several weeks, the army impounded over a dozen cars in Silwad after a resident rammed his car into two IDF soldiers at a nearby bus stop, killing one of them.

The military refers to this policy of cracking down on the villages of terrorists and selectively enforcing building codes and car registrations as the “concept of expanded prevention.”

This was the army’s second round of raids on Bayt Surik and Bidu.

Following the attack on Tuesday, the army imposed a closure on Bayt Surik, only letting residents leave in “humanitarian cases.”

On Tuesday and early Wednesday, Israeli security forces arrested a number of Jamal’s family members and prepared to demolish his home. 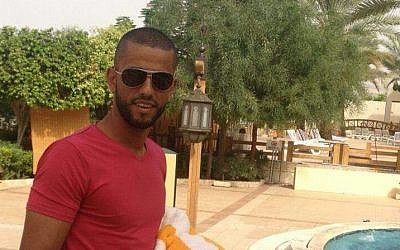 Nimr Mahmoud Ahmed Jamal, who carried out a terror attack in the settlement of Har Adar on Tuesday, September 26, 2017 (Facebook)

It was not immediately clear which family members were arrested. On Tuesday the IDF and Border Police arrested two of Jamal’s brothers after sealing off Bayt Surik. Reports in Palestinian media said Jamal’s father was also arrested.

The IDF said that during the overnight operation in Bayt Surik and Biddu, both of which are near Har Adar, security forces confiscated “terror money” and carried out searches for illegal weapons

In addition to the army’s raids in Bayt Surik and Bidu, IDF soldiers also escorted some 1,500 worshipers to the Joseph’s Tomb holy site in the northern West Bank city of Nablus in the early hours of Thursday morning.

Over the course of the visit, rocks and two pipe bombs were thrown at the troops, and burning tires were rolled at them. No Israelis were injured, but damage was caused to one of the buses transporting the worshipers, the army said.

The soldiers drove back the protesters with less-lethal riot dispersal means, like stun grenades and rubber bullets.

1 thought on “After Har Adar attack, IDF cracks down on terrorist’s hometown”