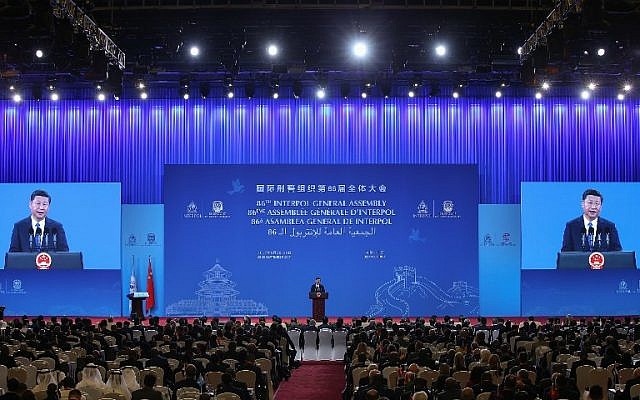 75 of 133 voting member states back Ramallah’s membership bid in secret ballot, despite vociferous Israeli and US objections

(SOURCE)    In a stinging diplomatic defeat for Israel, the world’s largest international police organization on Wednesday accepted the “State of Palestine” as a full member.

At Interpol’s annual General Assembly in Beijing, the Palestinians’ membership bid was accepted with 75 counties voting yes, 24 voting no, and 34 abstaining.

Israel fiercely objected to the Palestinians joining Interpol, arguing that Ramallah’s alleged support for terrorism could hinder rather than aid Interpol’s efforts. The US administration, too, objected to Ramallah’s membership bid and helped Israel lobby against it.

Shortly after the vote at Interpol’s Executive Committee, Palestinian Authority Foreign Minister Riyad al-Maliki welcomed the decision, hailing it as a “victory” for his people. 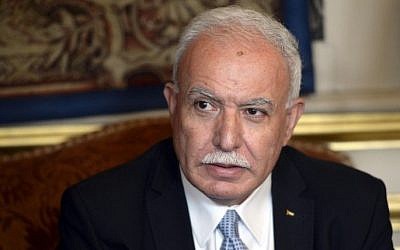 “The State of Palestine considers this membership and the responsibilities that it entails as an integral part of its responsibility towards the Palestinian people and a moral commitment to the citizens of the world,” he said, according to the PA’s official news site Wafa.

“Palestine is ready and able to shoulder these obligations and responsibilities as an active partner in the international community, and to contribute effectively and significantly to advancing our common core values as nations,” he added.

Maliki stressed that “the State of Palestine will continue to struggle to raise the status and role of Palestine at the international level and defend the rights of our people in security and freedom by all diplomatic and legal means available and including joining the relevant international institutions.”

On Monday, PA President Mahmoud Abbas announced he would again put forward a resolution for Palestine to become a full member of the United Nations, after a failed bid in 2011.

The Foreign Ministry and the Prime Minister’s Office in Jerusalem did not immediately comment on the matter. The Israel Police declined to comment on how the move may affect Israeli cooperation with the international body.

In the first official Israeli response, Environmental Affairs Minister Zeev Elkin urged the government to immediately suspend all commitments and goodwill gestures to the PA the cabinet had agreed to implement over the last two years. “One cannot wage war against us and incite against us here and in the world and at the same time enjoy gestures from the State of Israel,” he said in a statement.

Prime Minister Benjamin Netanyahu has in recent weeks repeatedly declared that Israel’s standing in the international community has never been better and that the Arabs’ automatic majority is quickly eroding.

“We have many friends,” he declared Sunday.

But Wednesday’s Interpol vote can be seen as a bitter defeat for Israel’s diplomatic efforts. Since Palestine was admitted to Interpol in a secret ballot, Israeli officials cannot argue in this case that the world’s nations secretly support the Jewish state even if they are still unwilling to openly side with it.

Last year, Israel successfully prevented the Palestinians from joining Interpol, with 62 members of the Executive Committee voting to postpone the request. The PA’s first request in 2015 was rejected by Interpol on the grounds that it was submitted too late for discussion by that year’s assembly.

The Solomon Islands on Wednesday also became full members of Interpol, bringing the number of member states up to 192.

Interpol, the world’s biggest international organization after the United Nations, enables member states to exchange intelligence and to work together to find ways to cope with international crime, from terrorism to human trafficking.

4 thoughts on “In blow to Israel, Interpol admits Palestine as full member”