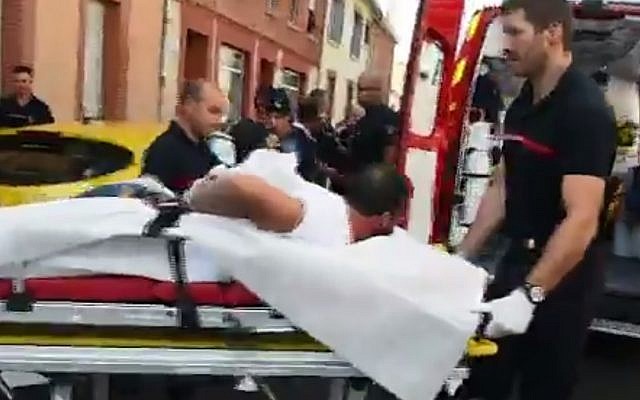 (SOURCE)    A man shouting “Allahu Akbar” (“God is great”) was arrested in the French city of Toulouse on Wednesday after attacking seven people, among them three policemen, on a main city street.

Local police said the 42-year-old man suffered from mental illness and had been released from a psychiatric hospital in April.

He was apparently unarmed and used his fists.

The three police officers and two bystanders were slightly injured.

A police official said the incident was not being treated as terrorism-related. “Allahu Akbar” is Arabic for “God is great.”