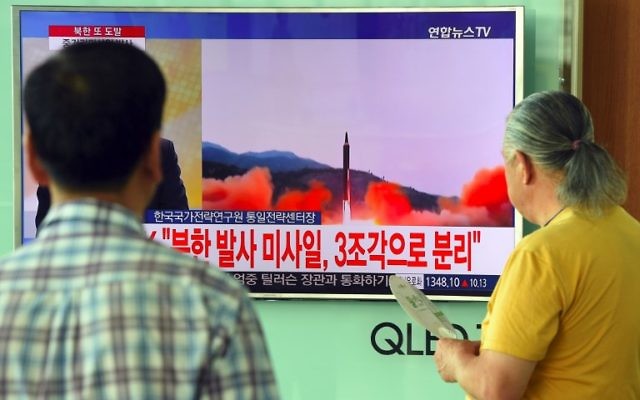 PARIS — France’s foreign minister warned Friday that North Korea could have the capacity to deliver a nuclear strike on the United States and even Europe “within months.”

Jean-Yves Le Drian called the situation following a string of missile tests by Pyongyang “extremely serious” and urged the reclusive state to turn to dialogue to ease spiraling tensions.

“We see a North Korea whose objective is to have missiles capable of transporting a nuclear weapon tomorrow,” Le Drian told RTL radio.

“In a few months, that will be a reality. At that moment, when it has the capability to hit the US, even Europe and at the very least Japan and China, with a nuclear weapon, the situation will be explosive.”

Early on Tuesday, North Korea fired an intermediate-range Hwasong-12 over Japan, prompting US President Donald Trump to say that “all options” were on the table in an implied threat of preemptive military action. 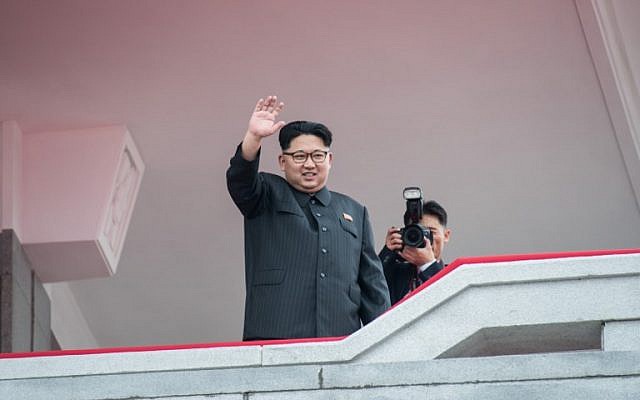 This file photo taken on May 10, 2016 shows North Korean leader Kim Jong-Un waving from a balcony of the Grand People’s Study House to participants of a military parade and mass rally on Kim Il-Sung square in Pyongyang. (AFP PHOTO / Ed Jones)

Le Drian called on Pyongyang to “return to the path of negotiations” in a bid to ease tensions.

A joint mediation effort put forward by China and Russia would involve a mutual pause in both missile tests by North Korea as well as the joint South Korean-US military exercises by Seoul.

Pyongyang has also threatened to fire rockets towards the US Pacific territory of Guam.

In July, it carried out its first two successful tests of an intercontinental-range missile, apparently bringing much of the US mainland into range.