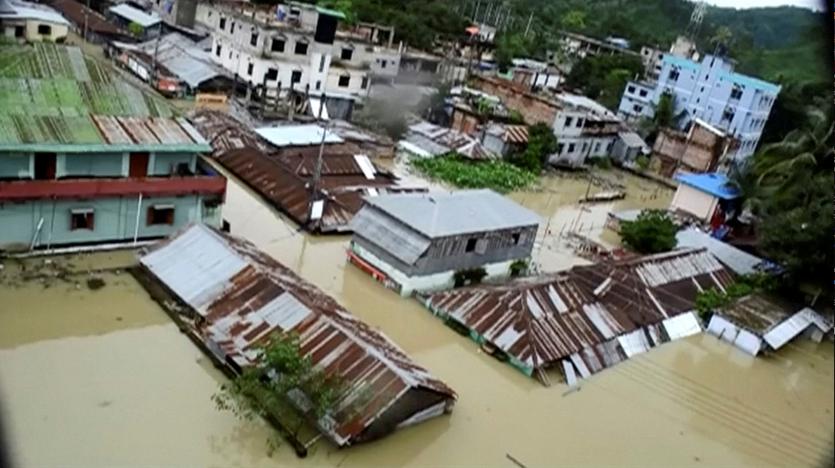 Heavy rains have triggered a series of landslides and floods in Bangladesh and neighbouring northeast India, killing at least 156 people over two days, and officials warned on Wednesday the toll could rise.

Densely populated Bangladesh is battered by storms, floods and landslides every rainy season. The latest casualties come weeks after Cyclone Mora killed at least seven people and damaged tens of thousands of homes.

Fresh landslides on Wednesday killed one person in the district of Khagrachari and two in the coastal town of Cox’s Bazar, he added.

The town bordering Myanmar is home to thousands of Rohingya Muslim refugees and was just beginning to recover from Cyclone Mora.

Ahmed said many people were still missing in the landslide-hit districts and the death toll could rise further as rescuers search for bodies. The toll included four soldiers trapped by a landslide during a rescue operation in Rangamati, he added.

Shah Kamal, the secretary of Bangladesh’s disaster ministry, said there had been no rain on Wednesday and rescue operations were in full swing.

“It is a great relief. Some areas in the district are still cut off but people are being moved through navy boats,” he told Reuters by telephone from Rangamati.

But weather officials in Bangladesh have forecast light to moderate showers accompanied by gusty or squally wind during the next 24 hours in places like Chittagong.

In the Indian states of Mizoram and Assam, which border Bangladesh, at least 11 people were killed as incessant rains flooded major cities.

India was ready to support Bangladesh with search and rescue efforts if needed, Prime Minister Narendra Modi’s office said in a statement.

Outside help might not be needed, however, two Bangladesh government officials said.

(Reporting by Ruma Paul in DHAKA and Zarir Hussain in GUWAHATI; Editing by Krishna N. Das and Clarence Fernandez)