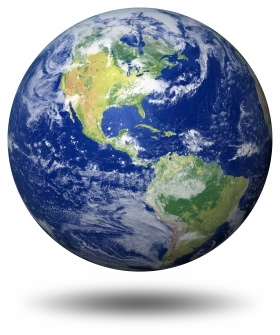 Do believers in Jesus Christ struggle in this world as unbelievers do?  What differentiates the Christian from the unsaved?  What is it that makes us different from those of the world, that makes us stand out and shine in a world full of darkness?

Unbelievers have many struggles in life, they endure hardships and tribulations, they have many obstacles to overcome.  They battle daily with keeping up with the bills, with illness, with raising children, and much more in a world gone mad!

Believers in Jesus Christ also have these same issues to deal with, yet we also have to battle between the spirit and the flesh!  Christians not only have to contend with the same issues that unbelievers do but so much more!  We not only struggle with the flesh but with the world and against evil spirits.  Life for a true believer in Jesus Christ is much more difficult than it is for an unbeliever.

As believers we struggle daily with our work, our income, our health, our relationships, but we also endure trials and tribulations that the unbeliever does not.  We have been given a new spirit, made a new creation, and as such we fight daily between the spirit and the flesh.  Although we are a new creation we still have that old sin nature within us, it has been overcome yet it remains.  And there are times when this sin nature raises its ugly head and attempts to overcome our spirit.

Another thing that Christians have to contend with are evil and demonic spirits.  These spirits are real and they will attack any and all believers, attempting to weaken our faith, to place doubts and fears into our hearts, and even try to steal our soul!  Theirs is to steal, kill, and destroy!

So you can see that life for a believer in Jesus Christ is much more difficult than it is for an unbeliever.  For an unbeliever he merely has to contend with the world, much of it he is in agreement with.  He follows the ways of the world and of Satan.  He does not contend with evil spirits but is led by them!  He does not contend with God but rebels against Him, he merely turns away and follows the easy path.  He does not fight with the flesh but gives into it, his ways are not spiritual but carnal!  The ways of the wicked are much easier in the short-term than are the ways of the righteous, yet they lead to eternal destruction!

So what differentiates a Christian from a non-Christian?

So why is it that so much of the church today is living like the world lives?  I don’t have all of the answers for that question but I do believe that one answer is that these believers have left their first love, God!  They have forgotten just who it is that created them, who it was that saved them.

Second, they have wandered away from the truth and replaced it with worldly lies and deceptions.  They are not in tune with their spirit nor with the Holy Spirit.  Therefore they do not have the ability to discern right from wrong, nor truth from lies.  They have allowed the evil one to permeate their minds and their hearts!

Third, they enjoy their worldly lives so much that they have chosen to follow the world, to live as the world lives and not as our Father in heaven lives.  They have chosen the carnal over the spiritual!

Fourth, ignorance!  Yes I said it, ignorance!  Many believers just don’t seem to understand that being saved is only the beginning, that there is so much more to being a true believer in Jesus Christ!  We are to read and study God’s word, to immerse ourselves in it, to meditate upon it, and to live it out in our lives daily!  Many believers seem to think that once they are saved then that’s it, that nothing else needs to be done, and that they can continue on with their carnal lifestyles.  Nothing could be further from the truth my friends!  They want it both ways, the best of two worlds, being saved yet living in sin, being forgiven yet continuing on with a sinful lifestyle.

Fifth is what we feed our minds.  Just as we feed our bodies, we are what we eat!  Many believers live on a diet of worldly values, opinions, and media, when we should be filtering what we put into our minds and our hearts.  We should as believers be listening to godly wisdom, biblical truths, and feeding on the word of God!  If we merely feed our minds and our hearts with the simple gospel message and nothing more of God’s word, then continue to feed our minds and our hearts with worldly input, what shall our thoughts, opinions and values be?  Certainly not godly!  This is being a baby Christian, only able to eat milk and not meat, only able to understand the very basic things of God and not really getting to know God!  Not able to discern the truth, not able to make wise and godly decisions.

As Christians we are to pick up our cross and follow Jesus!  We are to turn our lives over to Him the minute we are saved.  He purchased us with a price, the price of His own life, and we owe Him more than we could ever pay, the least we could do is to remain faithful and true!

God chastens His children for sin, He reprimands us when we get out of line and when we fall away.  Being a true follower of Christ and falling away has its consequences!  Don’t believe it?!  Well I know for certain that it’s true because I have done it, I did live a sinful lifestyle and I have paid the price for it!  I fell away from the truth many years ago and the good Lord chastised me, not just once but many times over again.  I have been very stubborn in my life time, I have always wanted to do things my way and in my time, and let me tell you that the good Lord did not approve!  He chastised me to the point of being utterly broken, down on my knees, repenting of my sins, and asking Him to forgive me!

And even though God will forgive us we will still pay the price for sinning, we will suffer the consequences of that sin!  We reap what we sow!

Jesus Christ gave Himself as a sacrifice so that we could become one with Him and our Father in heaven.  He gave of Himself so that He could live in us and through us.  This is the difference between the unsaved and the saved, it is God in us!  We are to allow God to live through us as a light, as a beacon to the world, sharing His love to the broken-hearted, helping those in need, and making a difference in a dark, dark world.

God in us, through us, and all around us, that is what make the difference!  Without God we are hopeless, but with God we have hope and can do all things!  So how can a Christian overcome such darkness in the world?  How can we make it through each and everyday against such enormous odds?  It is by allowing Christ to work in and through us, by listening to the Holy Spirit within, by listening to that still, small voice.  It is by following the teachings of Christ, by living it out daily in our lives, by picking up our cross and turning our lives over to Jesus!  That’s what makes the difference, that is how we overcome, and that is what makes us standout in a world gone mad!

We can overcome trials and tribulations, we can walk through the valley of the shadow of death, we can be overcomers if we allow Christ to live within us!  For it is not us who overcomes, but He who has given us life!

6 thoughts on “Are we too much Like the World?!”