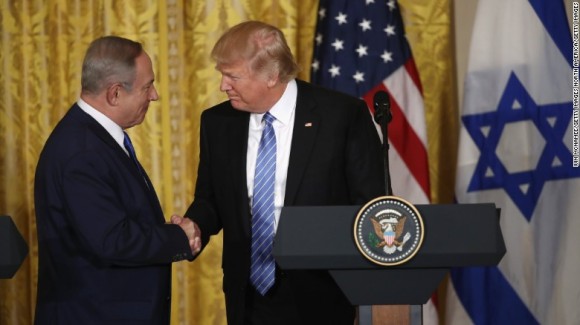 There is a growing sense of confusion in the world, a sense that the direction the world has been headed in has been altered and changed, that ever since the election of Donald Trump as President of the United States of America the plans of those seeking world domination is slipping away!

As we see the world in shock and awe we ask ourselves what is happening?  Have the forces which seek a One World Government gone to the wayside?  Have they given up on their wicked and sinister plans?  The answer to these questions is an unequivocal no!  However, there has been a shift, a move which seems almost unimaginable in these end times.

While the world has been so focused on blending together into one unit during President Obama’s terms in office, the world is now in disbelief of what is happening under the Trump administration.  The plans of the enemy seem to have been thwarted, perhaps not completely, but they have been challenged and undermined by what is now happening.

President Trump and Prime Minister Netanyahu are working on a peace plan in the Middle East, a plan which will look much different that what has been attempted for decades now, a two-state solution.  Perhaps these world leaders are planning to bring in not only peace between Israel and the so-called Palestinians, but also with many of Israel’s surrounding nations as well.  Perhaps they are in the process of forming a multi-nation alliance, a force to be reckoned with!  It’s something to think about.

The rogue nation of Iran is not only a real threat to Israel and America, but also to most of the Arab nations in the Middle East as well!  These nations fear what will happen when Iran does obtain nuclear weapons, they fear for their own safety and security.  What better idea than to join forces with Israel and America, to form an alliance of nations neighboring together in defense of Islamic terror in the world.

It doesn’t seem to make much sense does it, Arab nations forming an alliance with Israel and America, nations which are predominantly Islamic.  And just how would a peace agreement between Israel and the Palestinians fit into such a scenario?  I’m not really sure, but I do know that with many Arab nations backing and supporting Israel and America, there would be enormous pressure on the Palestinians to step up to the plate.  It would bolster Israels presence and sovereignty as a nation in the Middle East, but it would also put pressure on the United Nations to back up and rethink its foreign policies against Israel!

Does all of this mean that there will be peace in the world, that the push by elites who are hiding in the wings will stop their fight for a One World Government, a One World Currency, and a One World Religion?  Absolutely not!  In fact, I would argue that all of this will strengthen their resolve to push even harder than they already have been.  Does this also mean that Russia will back down from it’s dominating world power role in the Middle East?  Most likely not, and in fact it may just prompt them into the old testament prophecy of Ezekiel 38, the war of Gog from the land of Magog!  This may be one of the hooks God puts into the jaws of Russia to lead them into battle against Israel.

Does this mean that Iran will stop its ambitions of obtaining nuclear weapons?  I believe that it will push them into attempting to obtain nuclear weapons at a greater speed!