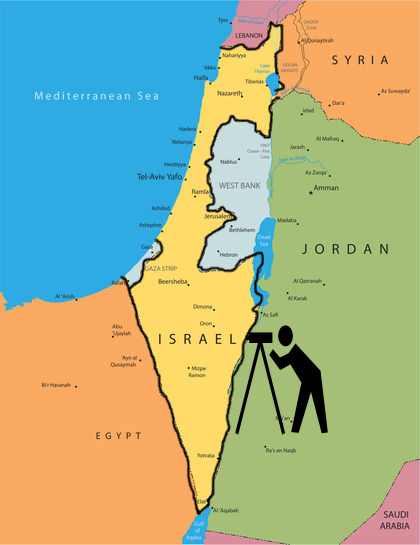 The peace conference held in Paris France today is very significant to bible prophecy to say the least!  Seventy nations met in Paris today to not only discuss but to make a joint declaration that the only solution for peace in the Middle East is by creating two states, both a Jewish state and a Palestinian state in the land of Israel!

Don’t be fooled my friends, this also includes dividing the City of Jerusalem!  God said that any nation who attempts to divide Israel and Jerusalem will be judged and destroyed!

“For behold, in those days and at that time,
When I bring back the captives of Judah and Jerusalem,
2 I will also gather all nations,
And bring them down to the Valley of Jehoshaphat;
And I will enter into judgment with them there
On account of My people, My heritage Israel,
Whom they have scattered among the nations;
They have also divided up My land.“

“The burden of the word of the Lord against Israel. Thus says the Lord, who stretches out the heavens, lays the foundation of the earth, and forms the spirit of man within him: 2 “Behold, I will make Jerusalem a cup of drunkenness to all the surrounding peoples, when they lay siege against Judah and Jerusalem. 3 And it shall happen in that day that I will make Jerusalem a very heavy stone for all peoples; all who would heave it away will surely be cut in pieces, though all nations of the earth are gathered against it. 4 In that day,” says the Lord, “I will strike every horse with confusion, and its rider with madness; I will open My eyes on the house of Judah, and will strike every horse of the peoples with blindness. 5 And the governors of Judah shall say in their heart, ‘The inhabitants of Jerusalem are my strength in the Lord of hosts, their God.’ 6 In that day I will make the governors of Judah like a firepan in the woodpile, and like a fiery torch in the sheaves; they shall devour all the surrounding peoples on the right hand and on the left, but Jerusalem shall be inhabited again in her own place—Jerusalem.

7 “The Lord will save the tents of Judah first, so that the glory of the house of David and the glory of the inhabitants of Jerusalem shall not become greater than that of Judah. 8 In that day the Lord will defend the inhabitants of Jerusalem; the one who is feeble among them in that day shall be like David, and the house of David shall be like God, like the Angel of the Lord before them. 9 It shall be in that day that I will seek to destroy all the nations that come against Jerusalem.“

This is now what we see happening in Paris with the so-called “peace” conference.  A feeble attempt to divide the land of Israel and the city of Jerusalem!  This my friends is bible prophecy coming to pass, when we hear of “peace and security” and about the dividing of the land which God gave to the Jews!

The Palestinians are a made up people, they never existed.  If it did then please show me a Palestinian coin!  You can’t, because there never was one!  Just as there was never a Palestinian people!  The Muslims don’t want peace, they want the total annihilation of the Jews just as Hitler did!  This is their peace!  And the world is deluded and deceived into believing that there really is a Palestinian people and that they want true peace, when nothing could be further from the truth!

Hold fast to what is true and righteous, do not be deceived!  The Jews are God’s chosen people and He is not finished with them, that’s what the Tribulation period is all about, the Jews!  Reconciliation of a Jewish remnant who will in time see the error of their ways and accept Jesus Christ as their Savior!  God never broke His covenant with the Jews, it remains today as it did the day He made it with Abram!  The Jews may have turned away from God, but God never turned away from them!

And today we witness prophecy coming to pass, the world attempting to divide the land of Israel which God promised to Abraham and his descendants, with a covenant that remains to this very day!

Listen to God, read His words in scripture, know the truth, and if you don’t understand it then pray for insight and clarity!

1 thought on “Paris Peace Conference, Dividing the Land of Israel!”