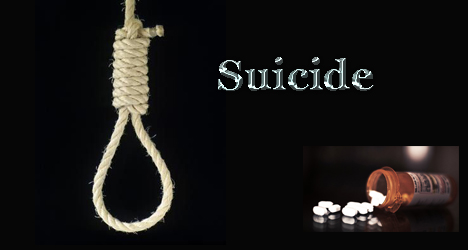 The suicide rate among U.S. middle school students doubled from 2007 to 2014, surpassing for the first time the incidence of youngsters aged 10 to 14 who died in car crashes, a federal report released on Thursday said.

The steady seven-year rise in middle school suicides, from an annual rate of 0.9 to 2.1 per 100,000, came as traffic deaths among the same age group declined to 1.9 per 100,000, according to the Centers for Disease Control and Prevention in Atlanta.

The motor vehicle mortality rate reported for 2014, the latest year for which such data was available, marked a 60 percent decline from 1999, when the government began tracking such figures.

In aggregate numbers, 425 young people 10 to 14 years of age took their own lives in 2014, compared with 384 who perished in automobile accidents that year, according to the CDC.

Those figures contrasted sharply with figures from 1999, when the rate of middle school students killed in car crashes, was four times higher than the rate among those who died from suicide that year.

“Any rise (in youth suicides) should be of concern, there’s no doubt,” Mark Kaplan, a professor of social welfare at the University of California, Los Angeles, said in a phone interview, commenting on the findings.

“In time we might uncover some reasons, but a cautionary note [is] not to rush to any conclusions from this,” Kaplan said.

The underlying causes of suicide are highly complex, making it difficult to explain the trends documented by the CDC, he added.

The leading overall cause of death for Americans 10 to 14 years of age remains accidents of all kinds, including car crashes, accounting for 750 fatalities in that age group in 2014, according to the CDC.

Mortality rates from traffic collisions among all age groups have decreased over several decades in the United States, which observers attribute in part to improved safety features in cars, such as airbags.