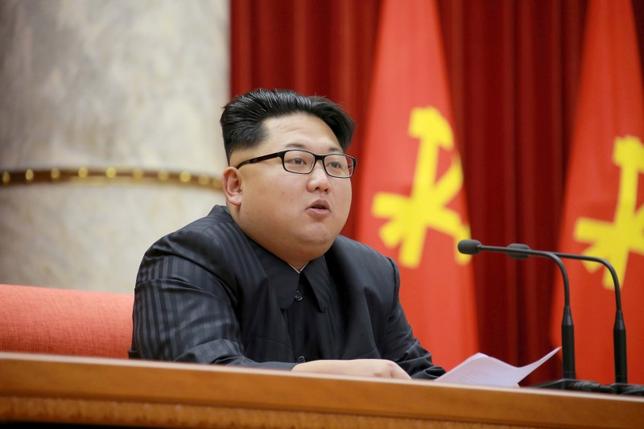 (SOURCE)   North Korea launched a ballistic missile on Wednesday that landed in or near Japanese-controlled waters for the first time, the latest in a series of launches by the isolated country in defiance of United Nations Security Council resolutions.

The main body of the missile landed in Japan’s economic exclusion zone, a Japanese defence official said, escalating regional tensions that were already high after a series of missile launches this year and the decision by the United States to place a sophisticated anti-missile system in South Korea.

A U.S. State Department spokesman condemned the launch, and said it would “only increase the international community’s resolve to counter” North Korea’s actions.

The U.S. Strategic Command said it had detected two missiles, one of which it said exploded immediately after launch.

The missile that landed in the Sea of Japan was launched at about 7:50 a.m. Seoul time (2250 GMT Tuesday) from a region in South Hwanghae province to the southwest of North Korea’s capital, Pyongyang, South Korea’s Office of the Joint Chiefs of Staff said in a statement.

The launch showed North Korea’s ambition to “directly and broadly attack neighbouring countries and target several places in the Republic of Korea such as ports and airfields”, the South Korean office said, referring to South Korea by its official title.