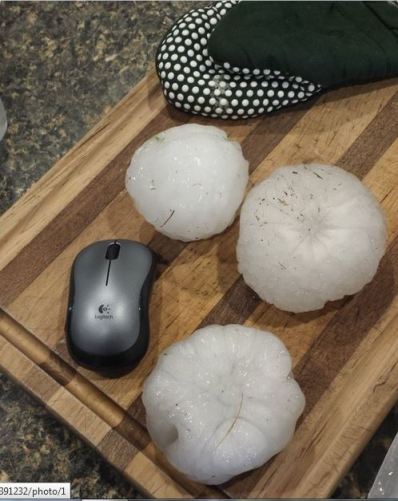 Social media was abuzz during the hailstorms Monday night as North Texas residents documented falling hail as big as softballs in some areas. The storms led to stunning video of windows shattered and blinds mangled as the gigantic hailstones crashed through homes and into living rooms and kitchens.

The storms have also taken one life. A Mountainburg, Arkansas, woman was killed early Monday morning after losing control of her car during the wet conditions brought on by the severe weather system, according to Arkansas Online. Identified as Andrea D. Pense, authorities say the 22-year-old was driving south on U.S. 71 when she lost control of her car and crashed into a group of trees just after 5 a.m. Monday morning.