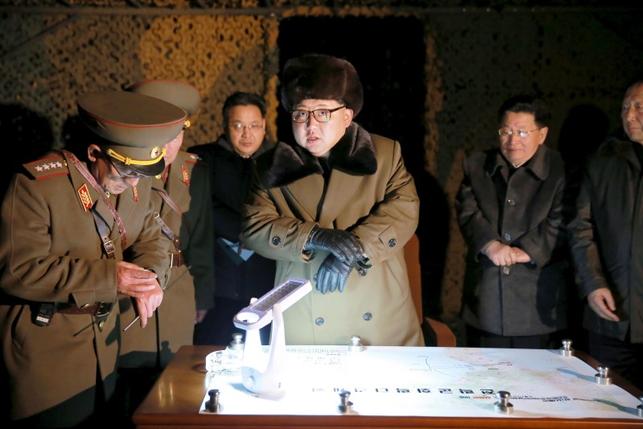 (SOURCE)   North Korean leader Kim Jong Un said his country would soon test a nuclear warhead and ballistic missiles capable of carrying nuclear warheads, the North’s KCNA news agency reported, in what would be a direct violation of U.N. resolutions which have the backing of the North’s chief ally, China.

Kim made the comments as he supervised a successful simulated test of atmospheric re-entry of a ballistic missile that measured the “thermodynamic structural stability of newly developed heat-resisting materials”, KCNA said.

“Declaring that a nuclear warhead explosion test and a test-fire of several kinds of ballistic rockets able to carry nuclear warheads will be conducted in a short time to further enhance the reliance of nuclear attack capability, he (Kim) instructed the relevant section to make prearrangement for them to the last detail,” the agency said.

South Korea’s defense ministry said there were no indications of activities at the North’s nuclear test site or its long-range rocket station, but that North Korea continues to maintain readiness to conduct nuclear tests.

South Korean President Park Geun-hye said the North would lead itself to self-destruction if it did not change and continued the confrontation with the international community.

The North’s report comes amid heightened tension on the Korean peninsula as South Korean and U.S. troops stage annual military exercises that Seoul has described as the largest ever.