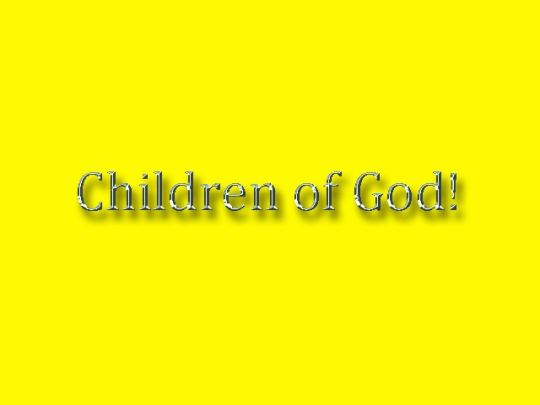 “He will speak out against the Most High and wear down the saints of the Highest One, and he will intend to make alterations in times and in law; and they will be given into his hand for a time, times, and half a time.”     Daniel 7:25

The prophet Daniel is speaking about the Antichrist, however, Satan and his demons seem to be doing the same thing at this very time!

Demonic forces are doing their best to wear down the saints of God, believers in Jesus Christ!  Theirs is to steal, kill, and destroy.  By wearing down the saints they intend to destroy the workings of God, including His plans, purpose, and children.  They seek to destroy what is holy and righteous, they seek to keep the truth from those lost and headed for eternal destruction!

Is the world so blind as to not see the truth of what is happening in the world today?  Unfortunately, yes!  Even though we as believers can see the truth for what it is, there are many more who cannot see what is staring at them right in front of their eyes!

“He is the Spirit of truth, whom the world cannot receive, because it neither sees him nor recognizes him. But you recognize him, because he lives with you and will be in you.”

The prophet Isaiah spoke of a people who had hardened their hearts.

Jesus Christ tells us that those who have hardened their hearts and blinded their eyes to the truth, thus not receiving Him as their Lord and Savior will be judged, this is the Great White Throne Judgment!

“The one who rejects me and does not receive my words has a judge; the word that I have spoken will judge him on the last day. 49 For I have not spoken on my own authority, but the Father who sent me has himself given me a commandment—what to say and what to speak. 50 And I know that his commandment is eternal life. What I say, therefore, I say as the Father has told me.“

4 thoughts on “Wearing Down the Saints in Disbelief!”