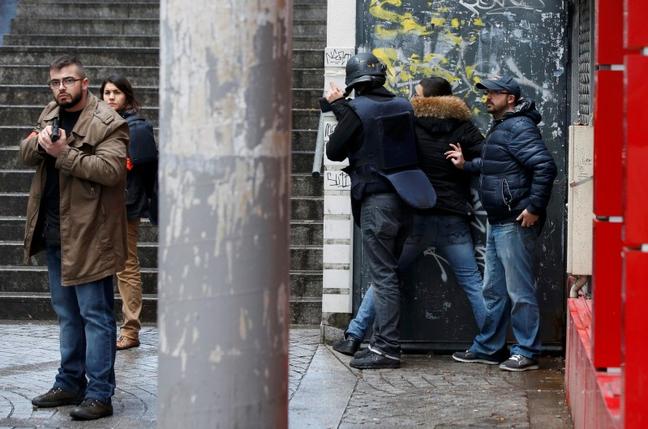 French police check a pedestrian as they secure the area after a man was shot dead at a police station in the 18th district in Paris, France January 7, 2016. Reuters/Philippe Wojazer

(SOURCE)   A man who was shot dead trying to enter a northern Paris police station on Thursday was wearing a fake explosive belt, a police union source told Reuters.

“The man did have a belt, but it was a fake. The bomb-disposal unit confirmed it was a fake,” the police union source said.

A spokesman for the interior ministry had said earlier that the man may have been wearing an explosive belt when he entered the police station shouting “Allahu Akbar” but that it was too early to say whether it was operational or not.

The incident took place just moments after President Francois Hollande had given a speech to security forces in an another part of Paris to mark the anniversary of last year’s deadly Islamist militant attacks on the Charlie Hebdo satirical magazine in the French capital.