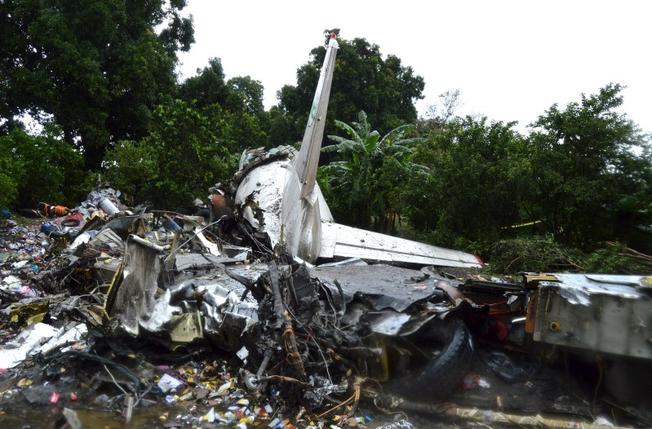 (SOURCE)   A cargo plane crashed Wednesday near the international airport in the South Sudanese capital of Juba, with initial reports saying as many as 41 were killed.

Presidential spokesman Ateny Wek Ateny said it was a Russian-made plane destined for the Paloch oil fields in Upper Nile state. The chartered Antonov crashed shortly after taking off Wednesday morning, he said.

He gave no more details.

The radio said up to 40 people may have been killed. Other reports say 41 may have died.

The airport’s director said three people survived the crash, according to al-Jazeera.

The plane is said to have carried fewer than 20 passengers and crew, so some of the dead were likely individuals standing at the crash site when the plane fell from the sky.

An AFP reporter at the scene said he could see people trying to search for survivors and carry “several” bodies out of the wreckage of the plane.

An Associated Press reporter near the crash scene said the plane’s wreckage is strewn on the east side of the White Nile River.

Planes could still be seen taking off and arriving at the airport in Juba on Wednesday as many people gathered near the crash site about 1 mile (1.6 kilometers) from the airport.

AP and AFP contributed to this report.