(SOURCE)   A Palestinian woman was shot dead Saturday morning by the policewoman she tried to stab near the Cave of the Patriarchs in Hebron, in the third attempted stabbing attack of the day and the second in West Bank city, a frequent flashpoint city where a few hundred Jews live in close proximity to tens of thousands of Palestinians.

The Palestinian teen arrived at a Border Police base near the West Bank city and attacked the policewoman, who sustained light injuries to her hands, according to initial reports. The Border Police officer then shot her attacker, killing her.

The attacker was identified as Bian Asila, 16, from Hebron.

The incident came after two other separate stabbing attacks in Hebron and Jerusalem just hours earlier in which both attackers were also killed. Along the Gaza border, IDF forces fired tear gas at dozens of protesters who tried to approach the fence.

In Jerusalem’s Armon Hanatziv neighborhood earlier Saturday, a Palestinian teenager was shot dead after he tried to stab Border Police officers. There were no reports of injuries among the security forces.

According to the IDF, the teen was stopped for routine questioning in the capital amid heightened tensions, before pulling out a knife and attempting to stab the officers.

He was later identified by Palestinian media as Muataz Awisat, 16, from the East Jerusalem neighborhood of Jabel Mukaber. 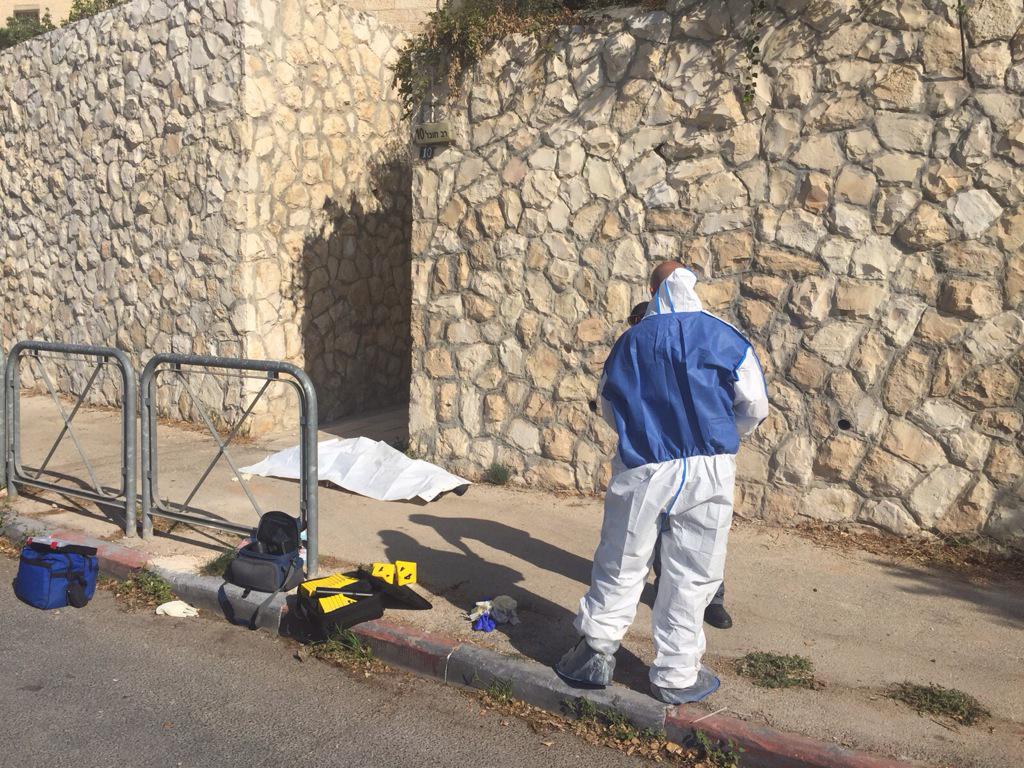 Police units at scene of attack this morning in armon hanatziv. Arab terrorist shot and killed at scene. @MickyRosenfeld

The incident in Armon Hanatziv came four days after a deadly attack in the same neighborhood in which two Israelis were killed when two Palestinian terrorists boarded a bus and began a shooting and stabbing spree. One attacker was killed at the scene by security forces, while the second was wounded and taken into custody.

Earlier Saturday, a Palestinian man died of his wounds after being shot by an Israeli man he had tried to stab in a Jewish neighborhood of Hebron.

The attacker was identified by Palestinian and Hebrew media reports as Fadel Muhammad Kawasmeh, 18, from Hebron.

According to initial reports, Kawasmeh approached his would-be victim, pulled out a knife and lunged before he was shot by the armed Israeli man, who was not hurt in the attempted attack.

The attempted attack came a day after a Palestinian man posing as a press photographer stabbed an Israeli soldier in the same area, moderately wounding him.

The attacker, identified as Eyad Khalil Awawdeh, 26, was shot dead by security forces at the scene.

Saturday’s incidents were the latest in a spate of near-daily attacks against Israeli civilians and security forces across Israel and in the West Bank.

Since October 1, seven Israelis have been killed and dozens injured in 30 separate stabbing or attempted stabbing attacks by Palestinian assailants.

On the Palestinian side, 40 have been killed so far, including 18 attackers. The rest died in clashes with IDF troops either in the West Bank or along the Gaza border. Two of the casualties, a pregnant woman and her two-year-old daughter, were killed in Israeli airstrikes in the Gaza Strip on October 11, which came in response to an earlier rocket attack.