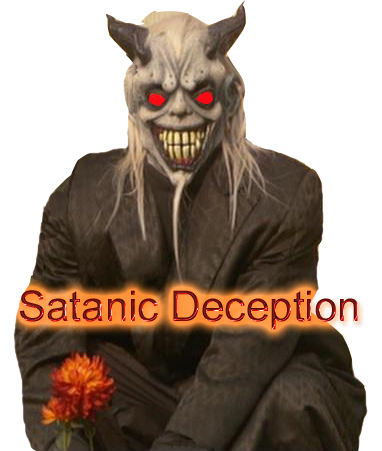 The world is falling apart at an alarming rate!  Or should I say coming all together?!

What was good is being turned into evil, and what was evil is now being turned into good.  This my friends is a sign of the end times, the last days before the return of Jesus Christ to earth.  Do not be led astray, do not lose hope and faith, stand firm in your beliefs and know that God is with you!

“Have I not commanded you? Be strong and courageous. Do not be frightened, and do not be dismayed, for the Lord your God is with you wherever you go.”

“Fear not, for I am with you; be not dismayed, for I am your God; I will strengthen you, I will help you, I will uphold you with my righteous right hand.”

“Teaching them to observe all that I have commanded you. And behold, I am with you always, to the end of the age.”

The Lord our God is with us, always and forever!  This is a promise of God to all of His beloved children.  We must take God at His word and believe that all He tells us is the truth.

Wickedness and evil in the world is spreading like a wildfire!  Heinous acts of violence permeate the landscape, and the thoughts of man are becoming evil continually.  Doesn’t this sound familiar?  As in the days of Noah, so too shall it be just before the coming of the Son of Man.  This is exactly what Jesus Christ Himself told us would happen to the world just prior to His coming, a warning sign that His return is near!

In the days of Noah, man’s heart was evil and wicked, his thoughts were of evil and corruption continually!  Sin abounded and the truth was not known.  What was good was turned into evil, and what was evil was turned into good.  Don’t we see that happening now in the world?  Isn’t the goodness being turned into bad?  I would argue that it most definitely is!

Christianity itself is being turned into a bad thing, an evil religion, and a hateful people, at least it is in the eyes of the world.  The principles, morals, and values of God Almighty are being turned upside-down, inside-out, and left buried under a wave of demonic discourse!

Being a righteous and moral person today is now viewed as hateful and intolerant.  Standing for the principles of God are viewed as culturally retarded!  Christians are seen as being behind the times and living in the dark ages.  The secular world views believers as living in the past, with outdated opinions and views.  I say Hogwash!  God is the same today as He has been forever, and so are His morals, values, and laws!  They never change, society changes.

This is the most scary thing of today, not only all of the wickedness going on in the world, but of Christians, believers in Jesus Christ, bowing down to cultural changes.  Accepting what society says is right, when God says that it is wrong!  Christians supporting gay marriage, abortion, and all religions as a way to heaven, is an abomination to the Lord our God!

Have we not learned from the past?  Do we only see what we choose to see, or are some of us blinded to the truth?  God repeatedly tells us in scripture to not have any other gods or idols, none!  He tells us not to murder, and He tells us that sexual perversion is an abomination!  What is so difficult to understand about these things?  They are very clearly stated without any doubt or confusion whatsoever!

There is a war going on my friends, a spiritual war.  That war has been taken to the church!  There is a division among believers which Satan is using to his benefit.  The church is being torn down the middle and the secular world is eating it up!  Some believers think that there are many ways to heaven, that abortion is a woman’s right, and that gay marriage should be legal and supported.  Some believe that Muslims and Christians worship the same god!  I worship my God, Jesus Christ!  Do the Muslims worship Jesus Christ as their god?  No!!!  They only see Him as a prophet and a teacher.

Jesus tells us that He is the only way to the Father in heaven, do we believe this to be the truth or not?  If not, than why do we believe any of the bible?  If what Jesus tells us in scripture is not true, than Christianity is all lies.  If all religions lead to heaven, then Christianity is a lie!  So if you are a Christian and believe that all religions lead to heaven, then you’ve been deceived into believing a lie.

I heard a preacher teaching a sermon on the radio the other day.  He gave an analogy which makes it much more clear.  If you were headed to Dallas Texas and you needed to take I-10 West to get there, but instead you took I-35 North to Oklahoma, then you would never get to Dallas!  You could keep on driving but would never get there.  There are thousands of different roads to take, but only by taking the right road will you get to Dallas.

Satan uses religion to deceive the masses!  People are eager to fill a void in their heart, and many will choose to fill it with the wrong thing.  Many will follow false gods and idols, many will bow down to “Mother Earth”, and many will say that they themselves are gods!  There are those who will worship the sun and the moon, others will worship tarot cards and palm readers, and many will turn to witchcraft.  Some will follow and worship money, others movie stars and folk heroes.  But, there is only one true God of the universe, Jesus Christ!

Jesus Christ, the most documented person in history.  Personal eye-witness accounts have been documented on the life, death and resurrection of Jesus.  Bible prophecy has been proven 100% accurate, which other religion can boast that?!  Testimony after testimony declare the proof of the Living God!

Fill your mind with deceptions, or fill it with God!  Allow yourself to be deceived, or know the truth.

Listen to the Lord, follow His ways, and allow His Holy Spirit to guide you.

8 thoughts on “Deception in the World and the Church!”