The bible tells us that all of the saints, Christians, were predestined by God to be believers before the foundation of the world.

“Blessed be the God and Father of our Lord Jesus Christ, who has blessed us with every spiritual blessing in the heavenly places in Christ, 4 just as He chose us in Him before the foundation of the world, that we should be holy and without blame before Him in love, 5 having predestined us to adoption as sons by Jesus Christ to Himself, according to the good pleasure of His will, 6 to the praise of the glory of His grace, by which He made us accepted in the Beloved.“

God chose all Christians to be His sons even before the creation of the world itself.  How amazing is that?!  Yet, with it brings many unanswered questions.  Why would God do such a thing, and if this is so, then why are we to spread the gospel?  I mean, if we were already chosen beforehand, why do we need to preach about redemption anyway?

Those are all good and valid questions, both of which cannot be fully answered or understood, yet I will give my beliefs and reasons as I understand them.

First of all why would God do such a thing?  My answer:  “I have no idea”!  I can only speculate on why God would choose us before He even created the world.  I only know that He did because scripture tells me that He did.

The verse written by the apostle Paul tells us that He did so according to His good pleasure of His will, to the praise of the glory of His grace.  This tells me that He chose us for His pleasure and praise.  God knows all things, and He knew before we were even created who would accept Him and who would not.  He knew beforehand those who would rebel against Him and harden their hearts.  With that being said, He also knew who would accept Him, who would give Him honor, worship, and praise.

We also need to look at what happened in heaven before the world was created.  God not only gave free will to humans, but also to angels.  Lucifer at one time was a mighty angel of God Almighty.  He was a lead angel, a cherub, given authority by God.

Ezekiel speaks about the King of Tyre, yet his writing goes much deeper than that.  I believe that He is actually speaking about Lucifer, or Satan.  The description is much more than that of a mortal man and fits with other biblical teachings of Satan.  It describes Satan as being the anointed cherub who covers, the seal of perfection, full of wisdom and perfect in beauty.  He was in the garden of Eden and on the holy mountain of God.

“You were the seal of perfection,
Full of wisdom and perfect in beauty.
13 You were in Eden, the garden of God;
Every precious stone was your covering:
The sardius, topaz, and diamond,
Beryl, onyx, and jasper,
Sapphire, turquoise, and emerald with gold.
The workmanship of your timbrels and pipes
Was prepared for you on the day you were created.

14 “You were the anointed cherub who covers;
I established you;
You were on the holy mountain of God;
You walked back and forth in the midst of fiery stones.
15 You were perfect in your ways from the day you were created,
Till iniquity was found in you.“

Then Lucifer decided to rebel against God, attempting to be like God, in fact greater than God.

“How you are fallen from heaven,
O Lucifer, son of the morning!
How you are cut down to the ground,
You who weakened the nations!
13 For you have said in your heart:
‘I will ascend into heaven,
I will exalt my throne above the stars of God;
I will also sit on the mount of the congregation
On the farthest sides of the north;
14 I will ascend above the heights of the clouds,
I will be like the Most High.’
15 Yet you shall be brought down to Sheol,
To the lowest depths of the Pit.”

This in fact tells us that angels in heaven were given a free will, and Lucifer or Satan, took their will to its limits!  One third of the angels also rebelled against God and were also thrown out of heaven, doomed for the pit of fire.

One would wonder if this came as a shock to God, that Lucifer would rebel against and attempt to overpower Him?  The answer to that question would be no.  God knows all things, even His angels rebelling against Him.  Yet, even knowing all of this God still allowed it to happen. 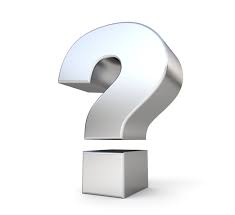 The same here on earth, God knows what will happen, He knows who will accept Him and who won’t, yet He allows the world to go on as it does.  This leads us to another question: “Why would God allow all of this to happen if He knew that it would”?

First off, we must recognize the fact that God is perfect.  That His ways are just, righteous, and pure.  He created beings to honor, worship, and praise Him, all to His glory.  In order to do so, He had to give His created beings free will.  Free will to love, worship, and honor Him, for if He didn’t then we would be nothing more than robots.  Programmed to do whatever it is that God wanted us to do.  What would be the point of that, if God made us so that we were programmed to love, worship, and honor Him?  It would bring absolutely no honor or glory to God whatsoever!

Think about this for a moment, if our children were robots would we still love them the same as if they were our naturally born children?  They would do and act as we have programmed them to do.  Programmed to love us, to do as we will them to do.  On the other hand, our naturally born children love us because they want to, out of their hearts, not a computer chip!  What honor would we get if our children were robots?  None at all.  It’s the same way with God.  When His creations love and honor Him out of the love in their hearts, this brings Him great joy and happiness.  It brings Him honor and glory.

Free will.  Some say that we don’t have it if God predestined us to be His sons and daughters.  I say that He already knew beforehand if we would accept Him or not, therefore we were “predestined”.  Just as Lucifer made a choice out of his free will, we do also.

And even though our predestination as believers assures us a place in heaven, God still gives those who are not, the free will to choose.  To choose between heaven and hell.  God still wants all of His creation to love Him, that’s how much He loves us!  He wants all to believe, and just because He already knows they all won’t, He still gives them a chance to believe.

It’s difficult to truly grasp just how awesome our God is.  And as human beings, our minds are so very small and incapable of understanding all of God’s ways.  His ways are not our ways and His thoughts are not our thoughts.  His are much, much greater than ours.

Another thing that we must consider is time.  Just what is time anyway?  To God there is no time, at least as we know it.  Time is a way that we as humans can relate to the world around us.  Time is nothing more than a reference point in our physical dimension, but God does not live in a physical dimension, He has always been and will always be.  We don’t see things the same way that God does, nor can we truly understand the concept of eternity.  Our lives here on earth are only a blip on the radar screen, if that.  Therefore, we must know that there is much more to reality then what we see around us in this physical world, much more to life, much more than we can comprehend.

These are my answers as to why would God predestine us for salvation.  Trying to understand all of this and make sense of it can be a bit overwhelming to say the least.

All believers in Jesus Christ are predestined to believe.  All of the unbelievers still have the opportunity to believe, as God is one of justice, righteousness, holy and pure.  Just because God knows before hand who will believe and who will not, does mean that God will not give everyone a chance to believe.  God loves everyone and wishes for no one to perish.  We have a free will to make choices, and without free will we are all just robots going through the motions.

God allows free will, evil and violence to happen, all because He loves us and wants us to accept Him as our Lord and Savior.  We must take a step back from the minuteness of our small world and take a look at the bigger picture.  It’s not all about us, it’s about God.  It’s about eternity and the spirit world.  It’s about God and His never-ending love for us all.  It’s about His unfathomable wisdom, presence, and perfection.

So as believers in Jesus Christ we are to perform the commands of our Lord and Savior, spread the gospel, make disciples of all nations, feed the hungry, clothe the naked, and comfort those in need.  Ours is not to question God, but to perform His will on earth as it is in heaven.  Amen

God bless my friends!  Until next time….Maranatha!

5 thoughts on “Predestined to believe, then why preach the gospel?”