It’s becoming more difficult to decide which news stories to post, not due to the lack of stories, but due to the overwhelming number of them.  Not only that, but these stories and events are occurring and recurring on a daily basis.  After a while they seem like old news, ISIS, Syria, Iraq, Iran, Boko Haram, evil, murder, hatred, violence, chaos, disobedience, drought, severe weather, earthquakes, volcanic eruptions, and mass animal deaths!

Nepalese victims of the earthquake search for their belongings among debris of their homes in Bhaktapur, Nepal, on April 29, 2015. David Ramos—Getty Images

I don’t know if you have been aware, but earthquakes have been increasing in both numbers and intensity over the past month or so, as have volcanic eruptions.  If you haven’t noticed then you must have been sleeping or on a very long vacation.  The world is shaking, trembling, grumbling, and groaning.  Tensions in the world are not only increasing, but the tensions in the physical earth are also increasing.

Lava and lightning illuminate a cloud of ash during an eruption of the Calbuco volcano on April 23, 2015.

California May Have Hit Its Driest Point In 500 Years, And The Effects Are Frightening.  http://www.huffingtonpost.com

The world fresh water supply is drying up!  Droughts of biblical proportions are occurring throughout the globe my friends.  Don’t believe me then google it!  These droughts are being downplayed and minimized, yet in reality they will affect billions of people in the world.  Gigantic lakes, reservoirs, and aquifers are drying up quickly.  Fresh water needed for drinking, bathing, cleaning, and irrigation is being depleted at alarming rates!

The Islamic State is not slowing down in its quest for global domination and Sharia law.  In fact, I would say that since the United States and other allies have been bombing them, they have only increased their activity around the world.  They continue to hate, kill, murder, rape, plunder, pillage, and destroy on a grand scale.  They are spreading throughout the world like a cancer which has metastasized throughout the body!  They are the embodiment of evil and wickedness.  They are the physical representation of the demonic spiritual realm.

The war in Syria continues at full-scale, as does the civil unrest and terrorism in the rest of the Middle East, Africa, and Indonesia.  The world is a chaotic mess with no end in sight.  It’s amazing at how many riots, protests, and civil unrest/disobedience have been going on around the world in the year 2015 alone, and we are only four and a half months into it!  Attempts at overthrowing governments, political unrest, civil unrest, on and on it goes.

Homosexuality and transgenderism is in the forefront of the news headlines.  The world is being inundated with the media, government, and leftist groups pressuring society into accepting the “gay” lifestyle.  We are being desensitized into accepting homosexuality.  Slowly, this lifestyle is being interwoven into our society as a “normal” way of life.  This is ungodly and an abomination to the Lord!

Many churches are now teaching deceptive messages which are not biblical.  They are twisting the truth, and not teaching the whole truth.  This is apostasy!  Many Christian leaders now say that there are many ways to heaven, not only through Jesus Christ.  Many say that homosexuality is fine with God, and accept homosexuals as church leaders.  Many churches are uniting with other religions, such as Christianity and Islam (Chrislam).

Then there’s the Pope, calling Abbas an “angel of peace”!  What in the world! Are you kidding me?!  The leader of the “so-called” Palestinians who wish to see Israel wiped off the face of the map!  That Abbas?!  And last year the Pope invited religious leaders from different world religions to pray together at the Vatican!  Can you say “One World Religion!”  The Pope is supposed to be the supreme leader of the Catholic church, representing Jesus Christ and what He came into this world for.  Yet, I am seeing just the opposite happening from this Pope!  Beware and very cautious about what you see and hear from the Vatican.  Do not be deceived, test everything against the word of God!  I am leery about many teachings of the Catholic church, however I shall not digress further about that subject in this post.

Day after day I read news stories of a fathers killing their children, spouse, and themselves.  I read of young mothers tossing their newborn infants into trash dumpsters or off of bridges.  I hear stories of children killing their parents and siblings for no apparent reason.  I read these stories almost daily my friends, not just once in a while, but often!  Shouldn’t these stories in and of them-self be alarming?  I think so!

Pakistanis protest over violence against women in the country where there are 1,000 honour killings every year.  Getty

Increases in “honor killings” by parents and friends seem to also be on the rise, or at least we hear much more about them.  People being murdered for getting married, for dating the wrong person, for looking at someone, for saying something or wearing something not approved of by the family, or perhaps converting to another religion.  Unbelievable yet true!  And most of them do it in the name of their religion and gods! 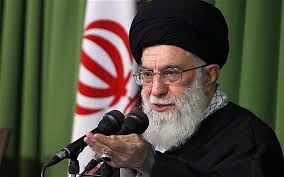 And Iran!  Whew!  What to say about Iran?!  Talk about lying and being deceived, the world is eating it up.  While the world powers are negotiating with Iran over a nuclear deal, Iran is flexing its military muscle in the Persian Gulf, and threatening the existence of not only Israel, but of America and Great Britain as well.  It’s almost as if these world leaders are under some sort of spell, they just can’t seem to put all of the pieces of the puzzle together.  Hmmm, lets see, Iran wants to annihilate Israel, the United States, and Great Britain.  They want to kill anyone not submitting to Allah, and to establish Sharia law throughout the world.  But on the other hand they say that they want to have nuclear facilities for energy and peaceful purposes only, not for nuclear weapons to kill anyone.  Hmmm, sounds good to me, I mean if they say that they want nuclear facilities for peace then why not believe them?  WRONG!!!  Yet this is exactly what the world believes.  Almost unbelievable!

We also see increased persecution of Christians and Jews at an astounding rate.  Christians in the Middle East and in Africa are being slaughtered by the hundreds.  Many more are being forced out of their country and must abandon their homes.  Jews around the globe are also feeling the pressure and hatred towards them.  Many are being victimized on the streets and in their synagogues.  Hatred towards the Jews and the nation of Israel is mounting at an ever increasing rate.

The world is a great big mess folks!  Things are not getting better, they are getting worse.  Tensions are increasing, evil, violence, hatred and murder are on the rise.  Islamic radicals are spreading like wildfire.  Increased government control over our basic human rights is increasing.  Both man-made and natural disasters are increasing.  Severe weather patterns are increasing.  All of these things are signs, signs warning us of what is soon coming upon the world.  Signs that there is a God, and that He is in control, not us!  These are signs for us to repent of our sins, and to bow down to our creator and give Him praise and worship!

If you are a believer in Jesus Christ, then these signs are not to worry you.  On the contrary, they should excite you to know that Jesus Christ will be returning soon!  However, if you are not born again, are not a Christian, then you should be very afraid!  Only Christians will be saved from the wrath of God.  Only Christians will enter into heaven to live for eternity with God.

None of us know just how long we have to live here on earth.  It doesn’t matter if you are 8 or 80, your days are numbered!  Anyone of us could physically die in a moment, without notice.  What would you do then?  Where would you go?  The only way to truly know is to repent of your sins and to accept Jesus Christ as your Lord and Savior!  That’s it!

Accept Jesus Christ as your Lord and Savior!  Click Here!

God bless my friends!  Until next time…