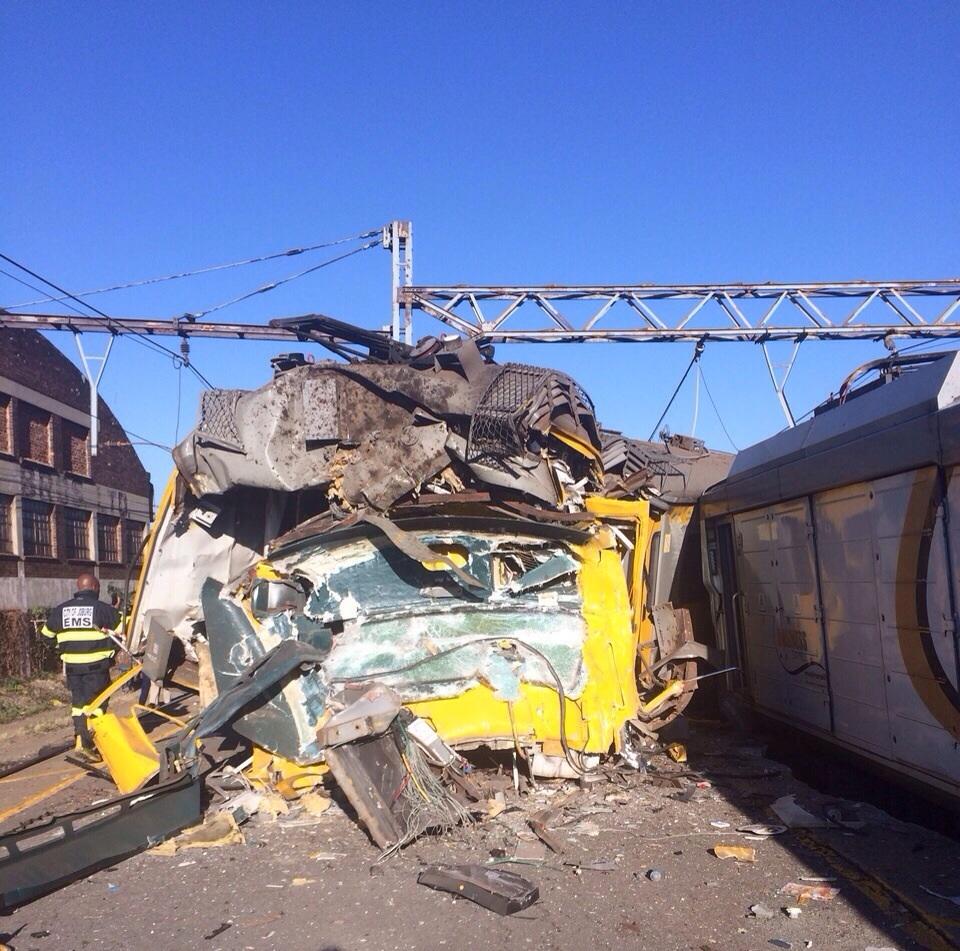 (SOURCE)   Two crowded commuter trains collided in Johannesburg, South Africa on Tuesday, killing one of the drivers and injuring at least 90 people.

The collision occurred at the Denver station in Johannesburg at about 7 am, when a train rammed into a second one from behind. The driver of the train that crashed into the stationary one was killed.

One woman was reportedly cut free from the wreckage and had to be airlifted to a hospital.

“Paramedics, along with various services, arrived on the scene and found the wrecked trains blocking the tracks completely,” a paramedic on the scene told AFP.

Both trains were coming from Pretoria, according to Lillian Mofokeng, spokesperson for Metrorail.

“We just do not know how it happened. We will be investigating that. There is an indication that people have been injured,” she told a radio channel, according to Reuters.

Images of the accident appeared on social media.