As the days go by the world is sinking further into the depths of evil and sin.  This is one indication of the closeness of Christ’s return to earth for His church.  There are many other indications and signs which warn us of the imminent return of Jesus Christ. 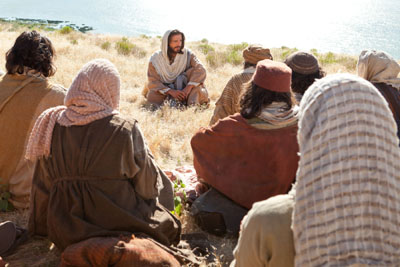 In the Olivet Discourse, Jesus tells us of many signs to watch for including wars and rumors of wars, of earthquakes, famines, and of pestilence.  He also tells us to beware of deception and those that deceive.  There shall be many false Christs.  Christians will be hated and persecuted.

“And Jesus answered and said to them: “Take heed that no one deceives you. 5 For many will come in My name, saying, ‘I am the Christ,’ and will deceive many. 6 And you will hear of wars and rumors of wars. See that you are not troubled; for all these things must come to pass, but the end is not yet. 7 For nation will rise against nation, and kingdom against kingdom. And there will be famines, pestilences, and earthquakes in various places. 8 All these are the beginning of sorrows.

9 “Then they will deliver you up to tribulation and kill you, and you will be hated by all nations for My name’s sake. 10 And then many will be offended, will betray one another, and will hate one another. 11 Then many false prophets will rise up and deceive many. 12 And because lawlessness will abound, the love of many will grow cold. 13 But he who endures to the end shall be saved. 14 And this gospel of the kingdom will be preached in all the world as a witness to all the nations, and then the end will come.”

The hearts of men will grow cold and they shall become more evil and wicked in their ways.  They will scoff at and mock Christianity.

“But know this, that in the last days perilous times will come: 2 For men will be lovers of themselves, lovers of money, boasters, proud, blasphemers, disobedient to parents, unthankful, unholy, 3 unloving, unforgiving, slanderers, without self-control, brutal, despisers of good, 4 traitors, headstrong, haughty, lovers of pleasure rather than lovers of God, 5 having a form of godliness but denying its power. And from such people turn away! “

Having a form of godliness yet denying its power.  I find this very interesting.  I believe that there are many so-called Christians who confess to be a Christian yet do not know Christ.  They deceive many and give voice to itching ears!  Beware!

‘knowing this first: that scoffers will come in the last days, walking according to their own lusts, 4 and saying, “Where is the promise of His coming? For since the fathers fell asleep, all things continue as they were from the beginning of creation.” ‘

These are not the only signs of the times my friends.  There are many other passages in the bible which speak of the last days.  Many of which are found in the book of Revelation and in the Old Testament.  The first of which refers to the Jews being regathered to the land of Israel, then to the rebirth of the nation.

“It shall come to pass in that day
That the Lord shall set His hand again the second time
To recover the remnant of His people who are left,
From Assyria and Egypt,
From Pathros and Cush,
From Elam and Shinar,
From Hamath and the islands of the sea.

12 He will set up a banner for the nations,
And will assemble the outcasts of Israel,
And gather together the dispersed of Judah
From the four corners of the earth.“

“Before she was in labor, she gave birth; Before her pain came, She delivered a male child. 8 Who has heard such a thing? Who has seen such things? Shall the earth be made to give birth in one day? Or shall a nation be born at once?
For as soon as Zion was in labor, She gave birth to her children.”

“Then say to them, ‘Thus says the Lord God: “Surely I will take the children of Israel from among the nations, wherever they have gone, and will gather them from every side and bring them into their own land; 22 and I will make them one nation in the land, on the mountains of Israel; and one king shall be king over them all; they shall no longer be two nations, nor shall they ever be divided into two kingdoms again.”

You might ask: “What does this have to do with anti-Semitism?”  Well, a lot actually.  After the Jews once again claimed Israel as their homeland and nation, the world has increased its hatred of the Jews.  Most of the nations now surrounding Israel are threatening to annihilate the nation and the Jews.  This was foretold thousands of years ago in the Old Testament.

Ezekiel chapters 38 and 39 speak of a great war with many nations attacking the nation of Israel.  It is known as the “Ezekiel 38 war.”  This has not yet happened in our history.  These verses are too long to post here, please read them for yourself.  The following is an excerpt from the book of Ezekiel.

“Prepare yourself and be ready, you and all your companies that are gathered about you; and be a guard for them. 8 After many days you will be visited. In the latter years you will come into the land of those brought back from the sword and gathered from many people on the mountains of Israel, which had long been desolate; they were brought out of the nations, and now all of them dwell safely. 9 You will ascend, coming like a storm, covering the land like a cloud, you and all your troops and many peoples with you.”

Another such war was also predicted thousands of years ago.  This war includes most of the nations surrounding Israel.  This great war was predicted to happen in the end times in the book of Psalms and is known as the “Psalm 83 war.”

The following is an excerpt from Psalm 83.

‘Do not keep silent, O God! Do not hold Your peace, And do not be still, O God! 2 For behold, Your enemies make a tumult; And those who hate You have lifted up their head. 3 They have taken crafty counsel against Your people,
And consulted together against Your sheltered ones. 4 They have said, “Come, and let us cut them off from being a nation, That the name of Israel may be remembered no more.” ‘

The world is not at peace with Israel before these wars happen.  On the contrary, the world is filled with hatred towards Israel.  This doesn’t just happen over night.  That’s why we are now seeing such intense hatred, evil and violence increasing against the Jews.  It’s all leading up to these great wars.

During the middle of the Tribulation period, or the period after 3 and 1/2 years into it, is known as the “Great Tribulation Period.”  This is when the anti-Christ will sit in the Jewish temple of God and proclaim that He is God.

“Let no one deceive you by any means; for that Day will not come unless the falling away comes first, and the man of sin is revealed, the son of perdition, 4 who opposes and exalts himself above all that is called God or that is worshiped, so that he sits as God in the temple of God, showing himself that he is God.”

There will be great persecution against the Jews and most will flee Israel and hide for their safety.  Many believe that they will go to the ancient city of Petra, in Jordan.

“Then the woman fled into the wilderness, where she has a place prepared by God, that they should feed her there one thousand two hundred and sixty days.”

So as we see in the world today, there is an increase in both the persecution of Jews and Christians.  Anti-Semitism in on the rise, and I would say a drastic rise!  The persecution of Christians is also on a drastic rise!  This isn’t happening by chance or by coincidence.  It’s happening because it was foretold in bible prophecy.  It’s all part of God’s plan for salvation.

The Tribulation period is not for the Christians, or even the gentiles, but for the Jews!  It’s the time of “Jacobs trouble”, a time for the Jews to return to God.  A time for them to see and believe that Jesus Christ really is their Messiah!

“Alas! For that day is great, So that none is like it; And it is the time of Jacob’s trouble, But he shall be saved out of it.“

Many Christians believe that we shall go through the Tribulation period, that it’s a time for us to be cleansed.  But that’s not what this time is about.  It’s not about or for Christians.  We have already been cleansed by the blood of the Lamb!  Wasn’t that good enough?!  It’s a time for God’s chosen people, the Jews!  It’s their time.  Most of them have turned their back on God, turned their back on Jesus as their Messiah.  That’s what this time is all about, not Christians!

There will be people being saved during this time, and they shall have to go through the Tribulation period.  Those who remain after the battle of Armageddon will populate the earth during the one thousand-year reign of Christ.

Increased signs of the times, persecution, hatred, evil and violence.  It’s all there, it’s all here now, it’s been written.  How much longer before the return of Christ for His church?

5 thoughts on “Increased anti-Semitism and Christian persecution, Signs of the Times!”