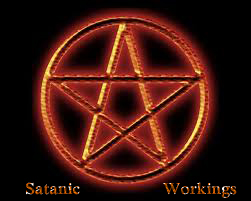 The world is at odds with itself.  There seems to be no more wrong doing.  What is, is just that, whatever it is.  There seems to be a perfectly rational explanation for everything.  Murder, hatred, violence, rape, sodomy, robbery, whatever it is.  Political correctness and the absence of God is taking its toll, and is only going to get much worse.

The devil is not only in the details, he is the details.  While man is born with a sinful nature, the devil himself, Satan, is taking a stronghold on the lives of many, many people.  Many people, many nations, many governments and leaders.

There must be a rational and logical explanation for why a parent would murder their own child right?!  I mean, what other explanation could there be?  They must be depressed or overly stressed.  So it’s ok, as long as we can medicate them and label them as severely depressed, or even suicidal.  Whew!  I’m glad that ones taken care of!

Free sex, open marriage, having babies out-of-wedlock.  It’s all good as long as you’re happy!  Isn’t that the end goal here?  Our happiness.  Whatever makes us happy, go for it.  That ‘s the new philosophy, the social norm for our society now.  Hedonism, lust, pleasureful sin!  The more the better, all for me, me..me..me!  Me, myself and I.  Yep, that’s about the crux of it.  Whatever makes us happy, its open game.  Well now, I feel so much better about myself!

The Palestinians in Gaza firing thousands of rockets into Israel in an unprovoked attack.  Seems justified right?  I mean they’re just Jews, God’s chosen people, shouldn’t they be wiped off the face of the map?  But then the Jews fired back, protecting themselves, what’s up with that?!  Let’s see if I have this right, it seems that most Muslims in the Middle East, if not in the world, want to exterminate the Jews, wipe them from the face of the earth.  They will stop at nothing in achieving this goal.  At the same time, the United Nations is calling for a Palestinian state in order to achieve peace.  Hmmm…something is just not right here.  If we give the Palestinians their own state (which they already have in Gaza by the way), then they will stop attempting to wipe Israel off the face of the earth?  Sounds like rational and logical reasoning, right?

The world of Islam is literally shaking the planet at its core, by committing some of the most heinous acts ever committed.  Torturing and beheading not only adults but small children and even infants!  Raping, pillaging, plundering, crucifying, tormenting and hating.  But, the religion of Islam is peaceful and loving, surely they’re not a part of all this.  That’s what most of the worlds government leaders are telling us, they don’t lie, right?  What religion in their right mind would be a part of such evil and wicked acts of violence?  Surely not Islam!  I mean, we see it all over the world, Islam helping so many people, loving and being kind to so many, right?!  Islam feeding the world, sheltering the homeless, it just never ends.  I’m sure if you need a place to stay and food to eat, that the Islamic state would gladly invite you to stay with them.  Free room and board, food to eat, villages to plunder, all the women you want to rape, children to murder, the skys the limit!  And they are an equal opportunity employer, you can even torture and kill other Muslims!

This is now the world we live in.  These are the changes which have taken place since the removal of God from society, the rebellion against the Most High of the universe!  I’m sorry to say my friends, that this is only the beginning, as it shall get much, much worse.  The evil, the wickedness, the sin.

Satan is hard at work, out to deceive, to destroy.  He’s not only out for the lost, the unbelievers, but for those following God Almighty as well.  In fact, the closer you are to God, the more you are doing for the Lord, the more you will be attacked by Satan.  He shall tempt the righteous, fill your head with unclean thoughts, and seek to keep you from performing the work of the Lord.  I don’t know about you, but I can feel him attacking me.  He and his demons are here, they are hard at work.  They shall deceive many, and cause many to fall.

Stay strong my friends, keep the faith.  Don’t fall to the wiles of the devil.  Remember, he comes dressed in sheep’s clothing, often appearing righteous and holy.  But, we shall know him by his fruits.

Now is the time to donn the full armor of God.  Our faith shall be tested, our courage confronted.  Be steadfast, bold, and courageous!

God Bless my friends!  Until next time….

15 thoughts on “The Workings of Satan!”