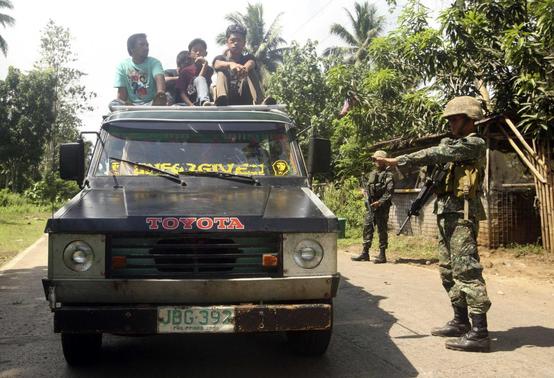 (Reuters) – Al-Qaeda linked militants in the southern Philippines have threatened to kill two Germans hostages they have been holding since April unless Germany stops supporting U.S. action against Islamic State militants, the SITE monitoring service said.

Philippine security officials said on Wednesday that they were checking intelligence reports of the threats from the small but violent Abu Sayyaf group, which is also demanding a ransom of 250 million pesos ($5.6 million) for the captives’ release.

“They are reportedly held here but, as far as such demands are concerned, we are verifying it,” said Abraham Orbita, a police official.

Abu Sayyaf rose to prominence in the early 2000s by kidnapping foreigners. It has links with al Qaeda, although analysts and Philippine security sources say it has lately been focused on kidnap-for-ransom and other criminal activities.

In the message, distributed via Twitter, the militants said they would “kill one of the two hostages” if their demands were not met within 15 days, according to SITE Intelligence Group, which tracks communications from Islamist groups.

“A message attributed to the Philippines-based Abu Sayyaf group threatened that two German hostages will be killed unless it is paid a ransom and Germany stops its support to the United States against Islamic State (IS),” SITE reported.