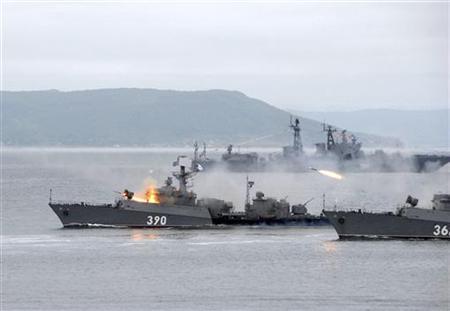 (Reuters) – Russia will increase its Black Sea fleet by 2020 with more than 80 new warships and will complete a second naval base for the fleet near the city of Novorossiysk by 2016, its commander said on Tuesday.

In comments made to President Vladimir Putin as he visited the port city, Vice Admiral Alexander Vitko said a second Black Sea base was needed in addition to the main base on the Crimea peninsula annexed from Ukraine because of NATO expansion.

“Eighty ships and other vessels are expected to arrive (in Novorossiysk) before 2020. The Black Sea Fleet will have 206 ships and vessels by 2020,” Interfax news agency quoted Vitko as telling Putin.