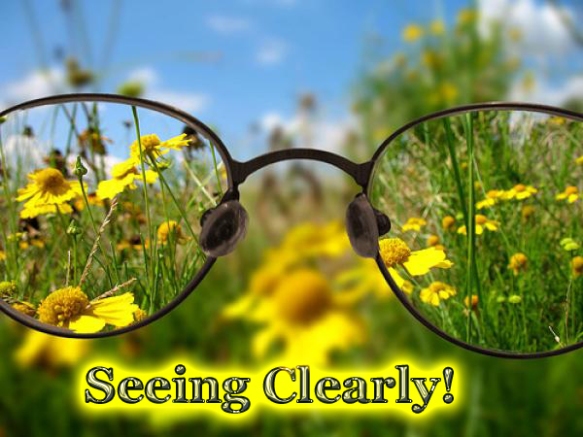 The world at large is a huge mess.  What some see as only common occurrences, others see as signs of the end times!  I have been asked many times, why are you posting that?  That has nothing to do with the end times or bible prophecy!  Well, if I posted it than it does relate somehow, maybe not directly.  And if not to prophecy then to God and His word.

We all do not see what is happening in the world today.  We all do not see the signs of the times.  Many of us cannot place these events into bible prophecy.  Why is that?  Well, many are blinded to the truth, and many do not want to see.  And yet there are those who are true born-again bible believing Christians who do not see things the same way either.  God is the one who reveals, the giver of insight and truth.  We may not all agree on everything and that’s ok.

Christians are on a path, a path to righteousness and holiness.  While on this path we grow, or should be, growing in the Lord, increasing our faith, increasing our discernment.  This is part of being a Christian.  God gives discernment, He gives knowledge, wisdom, insight, and reveals to us things which others may not see.

God gives some visions and dreams, others He gives interpretation, others discernment and wisdom.  Some of us may have some or all of these things and more.  We all do not have the same gifts or the same level of using and understanding of the gifts that God gives to us.  We are all at different levels in our faith, and in our understanding.

It’s easy to tell someone that they are wrong, when in fact they may have been given insight and discernment of something that you have not.  While you may not see what they see, does not mean that they are incorrect.  On the contrary, it may just mean that they actually know more than you do!

Ben Slater has had a microchip inserted into his hand to allow him to open doors and switch on lights with the wave of his hand.

For example I posted an article yesterday regarding a man implanting a microchip so that he can use it with the new Iphone-6.  One commenter did not understand how this relates to bible prophecy.  Well to me, I see it very clearly.  While I know that this is not the “Mark of the Beast” as spoken of in Revelation, it certainly relates to it.  It’s getting the masses ready to take the mark whatever it shall be.  It’s desensitizing us to such an event.

Wikipedia: The New Normal is an American sitcom that aired on NBC from September 10, 2012 to April 2, 2013. The series was created and principally written by Ryan Murphy and Ali Adler. The storyline follows wealthy same-sex couple Bryan (Andrew Rannells) and David (Justin Bartha), who are living in Los Angeles. Deciding to have a child, they choose a surrogate mother, Goldie Clemmons (Georgia King), who moves into their home with her 9-year-old daughter Shania (Bebe Wood).

You see, things which happen in this world do not always happen immediately.  Many things build upon other things which eventually lead to the final event.  Gay marriage for example.  Gay marriage did not just happen overnight.  It has taken years of political correctness and acceptance of the masses in favor of gay rights, leading to gay marriage.  The masses have been desensitized and programmed over the years through the use of television shows, movies and books among other things.

I have also posted many articles on fires, explosions, emergency plane landings, etc.  Many people may think, so what!  These things happen all of the time, what do they have to do with the end times?!  Well, I’ll tell you,  there are so many events such as these taking place every single day, that I cannot possibly post them all.  This would be much more than a full-time job.  Plus, who would read all of them anyway?  It would take you all day long just to scan through all of the material.  My point is that these things are happening each and everyday.  That they are accelerating in numbers, intensity, and in frequency.  If I make a post on a wildfire or an explosion, then it’s because there are so many of them occurring (more than what’s considered normal), these are more signs of the times. 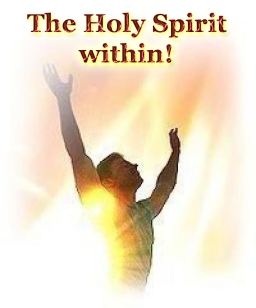 While many of the events happening daily may seem to some to be just that, another event, to others with insight it just may be a sign of the biblical end times.  Please do not discount what someone is telling you just because you don’t see it.  Test it against the word of God.  Remember: test ALL things.  Research it for yourself, study the scriptures, and pray about it.  Let the Holy Spirit of the Lord be your guide!

As Christians, we need to be aware, informed, and discerning of the truth.  Do not be deceived, do not be led astray.  Do not bury your head in the sand!  For the time is soon coming for the Lord to spread His wrath upon the world.  Time for the rapture of the church.  Time to save lost souls while we still can! 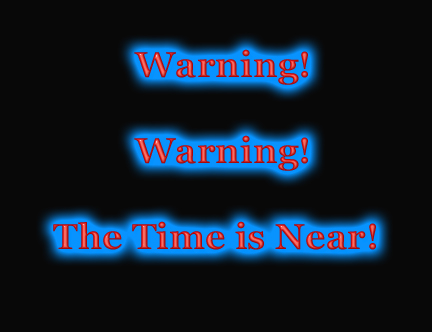 I’m not perfect, I’m a sinner who is forgiven by the grace of God, but I can see the signs.  They are speaking to me loud and clear, like a gigantic neon sign flashing in the night sky: “Warning!, Warning!, The Time is Near!”.

God Bless my friends, until next time!

5 thoughts on “Seeing Clearly “The Signs of the Times””