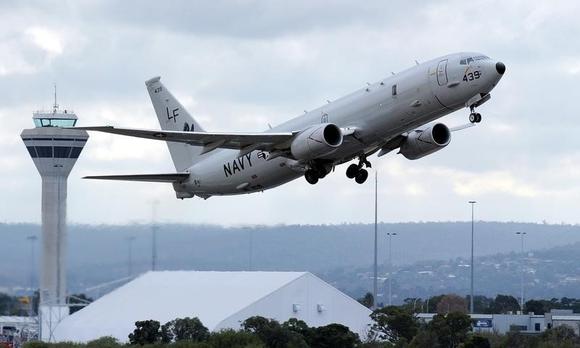 (Reuters) – The United States charged on Friday that a Chinese fighter pilot conducted a “dangerous intercept” of a Navy patrol plane in international air space this week, flying a few yards (meters) from the U.S. jet and performing acrobatic maneuvers around it.

Rear Admiral John Kirby, the Pentagon press secretary, said the United States lodged a formal diplomatic protest with Beijing over the incident, which took place on Tuesday 135 miles (215 km) east of Hainan Island, site of a sensitive Chinese submarine base.

Kirby said the Chinese fighter jet made several passes at the P-8 Poseidon anti-submarine and reconnaissance plane, crossing over and under it. At one point, the jet flew wingtip-to-wingtip about 10 yards (9 meters) from the Poseidon, then performed a barrel roll over the top of it, he said.

“The Chinese jet also passed the nose of the P-8 at 90 degrees with its belly toward the P-8 Poseidon, we believe to make a point of showing its weapons load,” Kirby said.

“This kind of behavior not only is unprofessional, it’s unsafe,” he said. “And it is certainly not in keeping with the kind of military-to-military … relations that we’d like to have with China.”