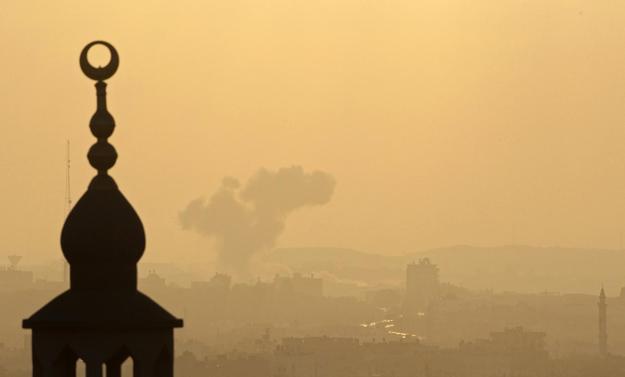 (Reuters) – Israel killed three senior Hamas commanders in an air strike on the Gaza Strip on Thursday, the clearest signal yet that Israel is intent on eliminating the group’s military leadership after a failed attempt on the life of its top commander this week.

Hamas, which dominates Gaza, named the men as Mohammed Abu Shammala, Raed al-Attar and Mohammed Barhoum and said they were killed in the bombing of a house in the southern town of Rafah. All three were described as senior Hamas military figures.

The Israeli military and Shin Bet, the internal security service, confirmed that two of the men were targeted, in what would constitute the killing of the most senior Hamas leaders since Israel launched its offensive in Gaza on July 8.

After six weeks of conflict in which more than 2,000 Palestinians have been killed, most of them civilians, Israeli air strikes since a 10-day ceasefire collapsed on Tuesday appear to have been focused more intently on Hamas’s armed wing.

After Thursday’s air strike, hundreds of Palestinians rushed to the site in southern Gaza calling for revenge.

“The assassinations of the three Qassam leaders is a grave crime,” Hamas spokesman Sami Abu Zuhri told Reuters. “But it will not break our people and Israel will pay the price for it.”

Shin Bet said Abu Shammala was head of Hamas’s southern command and described al-Attar as a brigade commander. It said both had been leading and coordinating fighting against Israel in the south of Gaza, where some of the most intense combat has occurred. Israel has lost 64 soldiers in the conflict, while three civilians in Israel have also been killed.

At a news conference on Wednesday, Netanyahu declined to say whether Deif had been targeted, but said militant leaders were legitimate targets and that “none are immune” from attack.