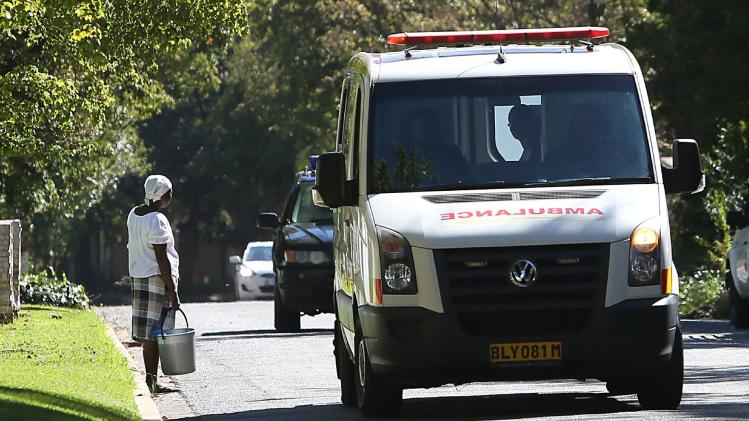 An ambulance drives down a road in Johannesburg on April 6, 2013 (AFP Photo)

“It’s not clear what might have caused the building to collapse. Five people were killed as a result of the fall,” said Santi Steinmann, the spokeswoman for private emergency services Netcare 911.

The victims were likely to be workers on the site, and it was unclear how many more might still be trapped underneath the rubble, she said.

Eight people have been hospitalised with injuries.