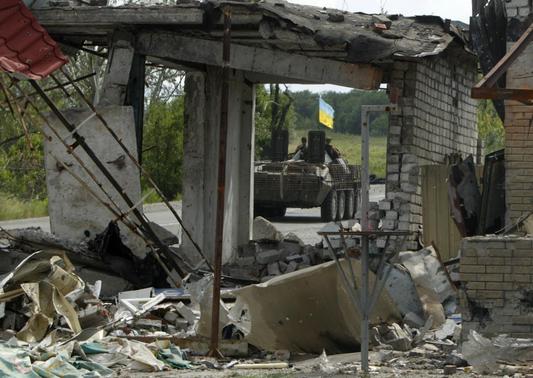 (Reuters) – Russia has amassed around 20,000 combat-ready troops on Ukraine’s eastern border and could use the pretext of a humanitarian or peace-keeping mission to invade, NATO said on Wednesday.

Stating the conflict in Ukraine was fueled by Russia, NATO said in a statement that the troop build-up had further escalated “a dangerous situation”.

“We’re not going to guess what’s on Russia’s mind, but we can see what Russia is doing on the ground – and that is of great concern. Russia has amassed around 20,000 combat-ready troops on Ukraine’s eastern border,” NATO spokeswoman Oana Lungescu said in an emailed statement.

NATO was concerned that Moscow could use “the pretext of a humanitarian or peace-keeping mission as an excuse to send troops into Eastern Ukraine“, she said.

Moscow denies Western accusations that it has armed and supported rebels who are fighting Ukrainian forces in eastern Ukraine. It announced new military exercises to take place all this week, involving bombers and warplanes on Monday in a show of strength near the border with Ukraine.