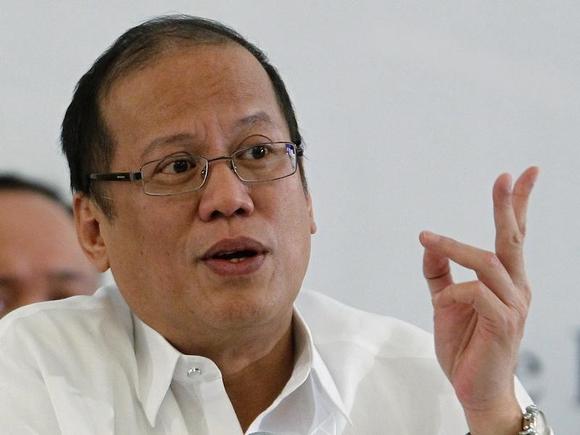 Philippines President Benigno Aquino gestures as he answers questions during the annual forum of the Foreign Correspondents Association of the Philippines (FOCAP) at a hotel in Manila October 17, 2012.   REUTERS/Cheryl Ravelo

The 120,000-member armed forces has a history of coups and attempted coups. Last month, rumors sprang up of a plot against the Aquino administration because of the fund scandal.

“We should be reminded that as members of the Armed Forces of the Philippines, we should remain professional and non-partisan,” military chief Lieutenant-General Pio Gregorio Catapang told troops at an air base in Pampanga province, north of Manila.

“The DAP (Disbursement Acceleration Program) has become a political issue. We should allow the democratic process to take its course and let the judicial, the executive and legislative branches of government deal with this,” he said. “We should not meddle (but) concentrate on our mission.”