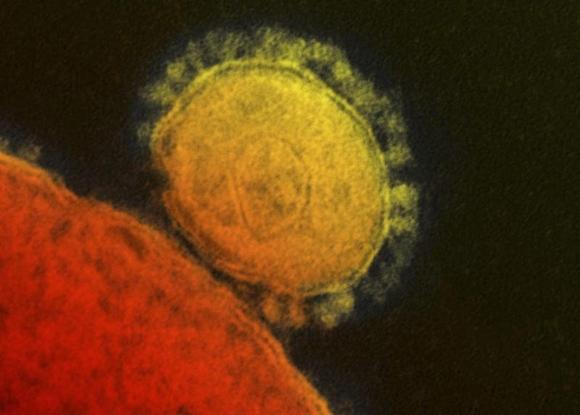 (Reuters) – Saudi scientists have found gene fragments of the deadly Middle East Respiratory Syndrome (MERS) virus in air from a barn housing an infected camel and say this suggests the disease may be transmitted through the air.

MERS, a serious respiratory illness caused by a virus known as a coronavirus (CoV), has infected at least 850 people since it first emerged two years ago and killed at least 327 of them, according to latest figures from the European Centre for Disease Prevention and Control (ECDC).

The vast majority of human cases have been in Saudi Arabia, but isolated MERS cases have been reported across Europe and in Asia and the United States in people linked who have recently traveled in the Middle East.

Scientists are not sure of the origin of the virus, but several studies have linked it to camels and some experts think it is being passed to humans through close physical contact or through the consumption of camel meat or camel milk.

However, in this latest study, published in the online journal of the American Society for Microbiology mBio, scientists said the detection of the virus in air samples was concerning and needed to be followed up.

“The clear message here is that detection of airborne MERS-CoV molecules, which were 100 percent identical with the viral genomic sequence detected from a camel actively shedding the virus in the same barn on the same day, warrants further investigations and measures to prevent possible airborne transmission of this deadly virus,” said Esam Azhar, an associate professor of medical virology at King Abdulaziz University in Jeddah who led the study.

Viruses that spread through air – such as flu viruses for example – are far more likely to spread swiftly and widely in human populations than those that can only move from an animal to a person, or from person to person, via direct contact.