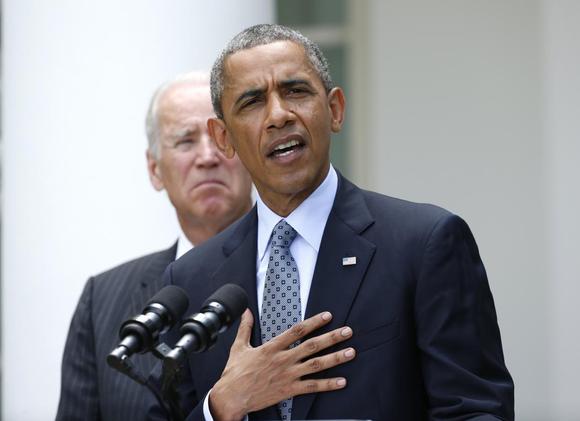 Republican John Boehner, speaker of the House of Representatives, told Obama last week that his chamber would not vote on immigration reform this year, killing chances that a wide-ranging bill passed by the Senate would become law.

The collapse of the legislative process delivers another in a series of blows to Obama’s domestic policy agenda and comes as he struggles to deal with a flood of unaccompanied minors from Central America who have entered the United States.

It also sets up a new battle with congressional Republicans, who accuse Obama of going beyond his legal authority to take executive action on issues such as gay rights and equal pay for women and men.

Obama chided Republicans for refusing to bring immigration reform to a vote and said only legislation could provide a permanent fix to the problem.

“America cannot wait forever for them to act. That’s why today I’m beginning a new effort to fix as much of our immigration system as I can on my own.”

The president directed Secretary of Homeland Security Jeh Johnson and Attorney General Eric Holder to move enforcement resources from the U.S. interior to the border. A White House official said the administration would look at ways to ensure the deportation process was focused on national security priorities and that more investigative teams were available to prosecute smugglers bringing people across the border.

Obama asked his team to prepare recommendations on other actions he can take unilaterally by the end of the summer.

The president has pushed for reform that would create a path to citizenship for the 11 million undocumented immigrants within the United States. The Senate bill had such provisions, but Republicans in the House largely opposed them as amounting to amnesty for people who entered the country illegally.