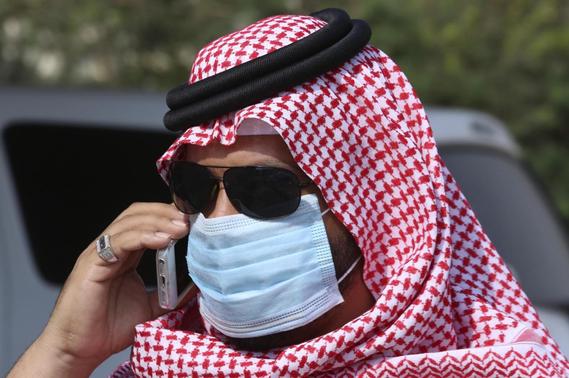 A man with mask speaks on his mobile phone in Jeddah May 29, 2014. Saudi Arabia is working with international scientific organisations to improve its response to a deadly new virus that has killed 186 people in the kingdom, its acting health minister Adel Fakieh told Reuters on Wednesday.    REUTERS-Mohamed Alhwaity

(Reuters) – Saudi Arabia said on Tuesday that a review of health data had identified an additional 113 confirmed cases of the sometimes deadly Middle East Respiratory Syndrome (MERS) that had not been previously recorded, bringing the total to 688.

The death toll from the virus has been raised to 282 from 190, the statement, distributed by the Health Ministry via email, said.

The revised figures come from a re-examination of data since 2012, when MERS was identified, that started last month. Of the total, 53 patients were still being treated, while 353 had recovered, the statement said.