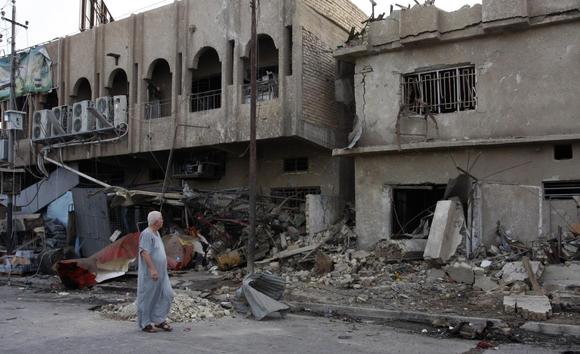 A man walks past the site of Wednesday’s car bomb attack in Baghdad May 29, 2014. REUTERS/Ahmed Malik

(Reuters) – Nearly 800 people were killed in violence across Iraq in May, the United Nations said on Sunday, making it the deadliest month so far this year.

Of the total 799 people killed, 196 were members of the Iraqi security forces, and the rest were civilians – often victims of attacks by Sunni Islamist insurgents who have been regaining ground and momentum in Iraq over the past year.

The real toll is in fact higher because the UN figures do not include casualties in the western province of Anbar, where the Iraqi army has been fighting tribal and insurgent groups since they overran two cities at the start of the year.