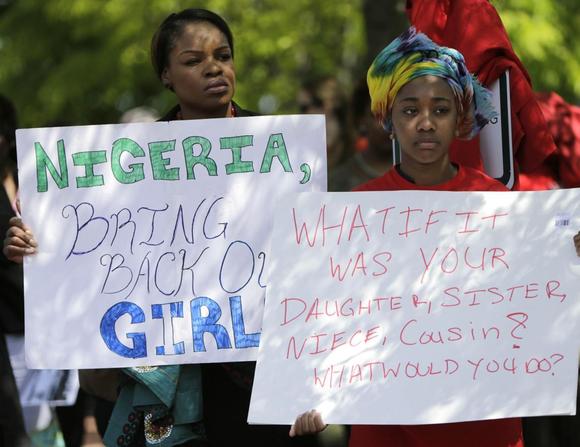 (Reuters) – Suspected Boko Haram gunmen kidnapped eight girls from a village near one of the Islamists’ strongholds in northeastern Nigeria overnight, police and residents said on Tuesday.

The abduction of the girls, aged 12 to 15, followed the kidnapping of more than 200 other schoolgirls by the militant group last month, whom it has threatened to sell into slavery.

Lazarus Musa, a resident of the village of Warabe, told Reuters that armed men had opened fire during the raid.

“They were many, and all of them carried guns. They came in two vehicles painted in army color. They started shooting in our village,” Musa said by telephone from the village in the hilly Gwoza area, Boko Haram’s main base.

A police source, who asked not to be identified, said the girls were taken away on trucks, along with looted livestock and food.

Boko Haram leader Abubakar Shekau threatened in a video released to the media on Monday to sell the girls abducted from a secondary school on April 14 “on the market”.

The kidnappings by the Islamists, who say they are fighting for an Islamic state in Nigeria, have shocked a country long inured to the violence around the northeast.