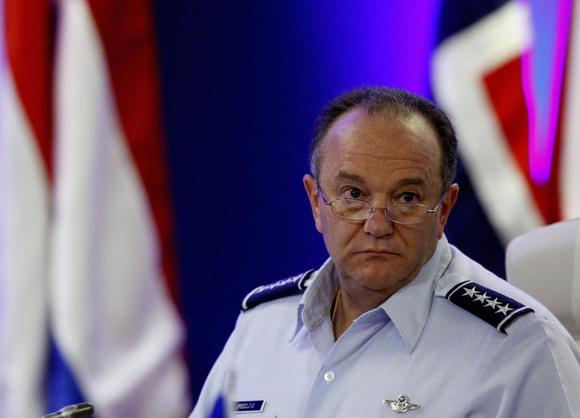 (Reuters) – Russia has massed all the forces it needs on Ukraine’s border if it were to decide to carry out an “incursion” into the country and it could achieve its objective in three to five days, NATO’s top military commander said on Wednesday.

Calling the situation “incredibly concerning”, NATO’s supreme allied commander in Europe, U.S. Air Force General Philip Breedlove, said NATO had spotted signs of movement by a very small part of the Russian force overnight but had no indication that it was returning to barracks.

Russia’s seizure and annexation of Ukraine’s Crimea region has caused the deepest crisis in East-West relations since the Cold War, leading the United States and Europe to impose sanctions on Moscow. They have said they will strengthen those sanctions if Russia moves beyond Crimea into east Ukraine.

NATO military chiefs are concerned that the Russian force on the Ukrainian border, which they estimate stands at 40,000 soldiers, could pose a threat to eastern and southern Ukraine.

“This is a very large and very capable and very ready force,” Breedlove said in an interview with Reuters and The Wall Street Journal.

The Russian force has aircraft and helicopter support as well as field hospitals and electronic warfare capabilities.

“The entire suite that would be required to successfully have an incursion into Ukraine should the decision be made,” Breedlove said. “We think it is ready to go and we think it could accomplish its objectives in between 3 and 5 days if directed to make the actions.”