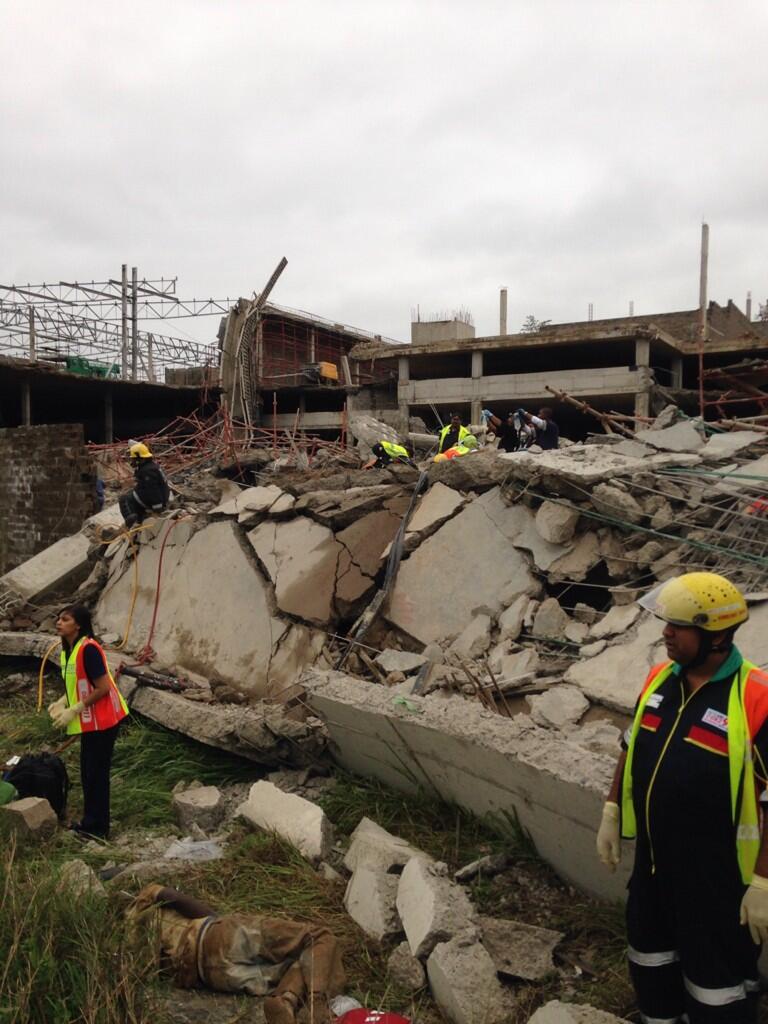 (SOURCE)  Cape Town – A construction site in Tongaat in KwaZulu-Natal has collapse trapping 50 people, according to reports.

Netcare 911 spokesperson Santi Steinmann said on Tuesday that emergency services were responding to reports of a shopping centre that collapsed in Tongaat.

“Approximately 50 might be trapped in the building,” she said.

Ethekwini fire department chief Mark te Water confirmed a building had collapsed in the area. Workmen were trapped and his department had dispatched units to the scene, Te Water said.