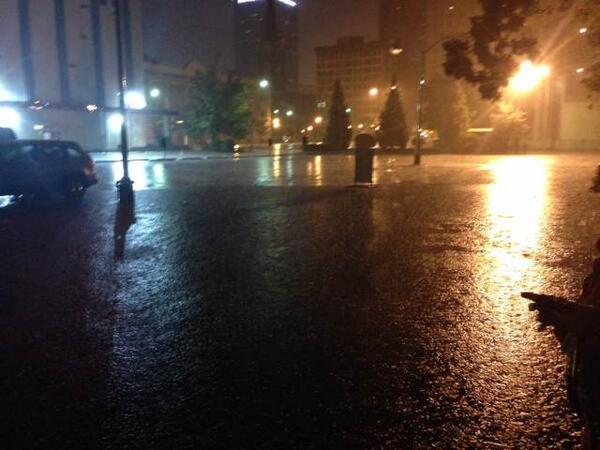 The 5.91 inches of rain that fell Saturday alone made Oct. 5 the rainiest October day in Louisville weather history, and the third-wettest of any day on record. Jeffersontown, Ky., was already flooding before sundown Saturday: 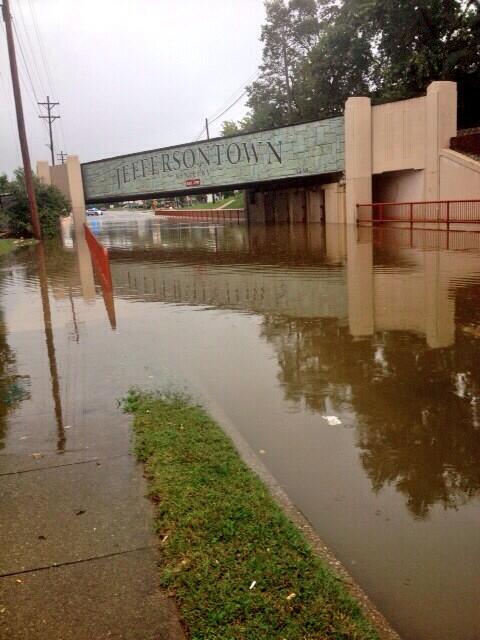 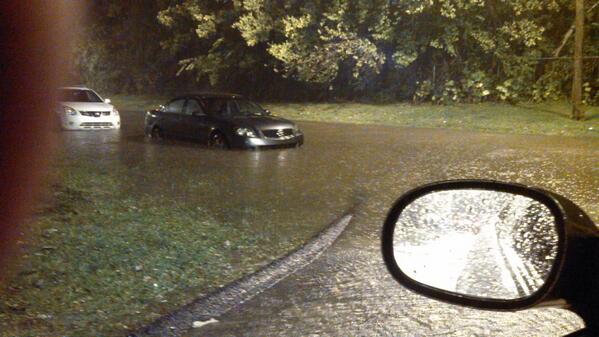 Pic of the high water in the Newburg area. #kywx